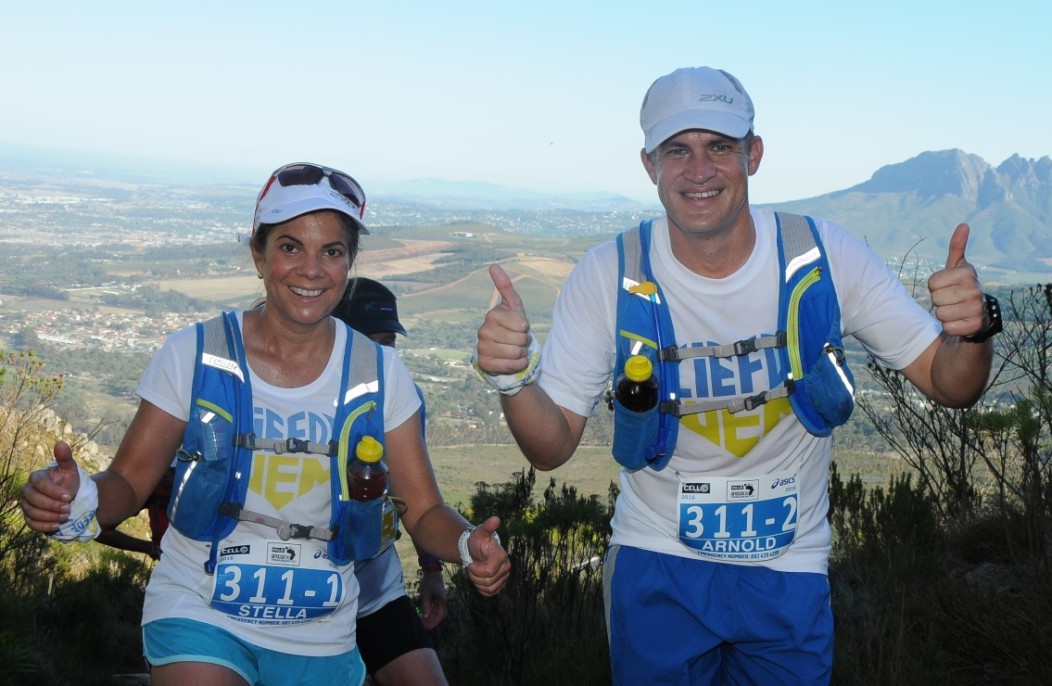 Trail runners taking part in the 9th annual Cell C AfricanX Trailrun presented by ASICS the weekend of 17 – 19 March 2017 are encouraged to send through their nominations for the event’s cherished ‘Sanet Wentzel Spirit Award’.

Introduced in 2010, one year after the AfricanX’s inception, the award was founded in memory of Sanet Wentzel, an AfricanX participant who passed away tragically at the end of 2009 after being knocked down by a car during a morning training run.

“The Sanet Wentzel Spirit Award was introduced in memory of a fallen athlete who had an adventurous spirit and enjoyed AfricanX to the fullest,” says Michael Meyer, Managing Director of Stillwater Sports.  “The award also honours current runners who persevere irrespective of the adversity that they face.  These athletes are heroes and deserve to be recognised.  We are proud to call them AfricanX runners and honoured to present them with the Sanet Wentzel Spirit Award”.

In 2016 the ‘Sanet Wentzel Spirit Award’ was presented to Stella Smit, an AfricanX runner from Paarl.  According to Smit, she ran her first AfricanX race in 2014.  “Soon after the race I was diagnosed with a brain tumour in the cerebellum,” says Smit.  “I had open brain surgery.  A day after the operation I was rushed back to theatre.  I basically died and my Neuro Surgeon saved me just in time.  I was in an induced coma and on a ventilator for a week.  The entire tumour could not be removed.  As a result a few weeks after the operation I started with six weeks of radiation and a daily chemo therapy tablet.”

“The radiation treatment stopped in October 2014 and in April 2015 I could stop taking the chemo therapy tablet.  My road to recovery could finally start,” continues Smit.  “In August 2015 my husband (Arnold) suggested that I take part in the AfricanX again.  I was surprised by his suggestion, but I really wanted to participate.  My training started off with one minute walking and two minutes running until I was ready to run with Arnold.  I just wanted to complete the race in a good enough time to prove to myself that I could do it.  I didn’t expect an award, but when I was handed the Sanet Wentzel Spirit Award I felt so inspired.  It was really a special moment for me.”

Taking place the weekend of 17 – 19 March 2017, teams of two trail running enthusiasts (male/female/mixed) will be seen battling it out on a route varying in distance between 22km – 34km each day.  Participants will have the opportunity to tackle a different breath-taking scenic route each day, allowing them to enjoy the full beauty of the Overberg.

Venue:
Festival Village on the grounds of the Houw Hoek Inn

Entries are LIMITED to 350 teams.

For additional information or to enter the Cell C AfricanX Trailrun presented by ASICS contact Stillwater Sports on 082 991 0045 or email [email protected].

← Narrow Loss to English Roses Impresses Coach Plummer Roedean to emerge as the top girl’s school team in the country! →