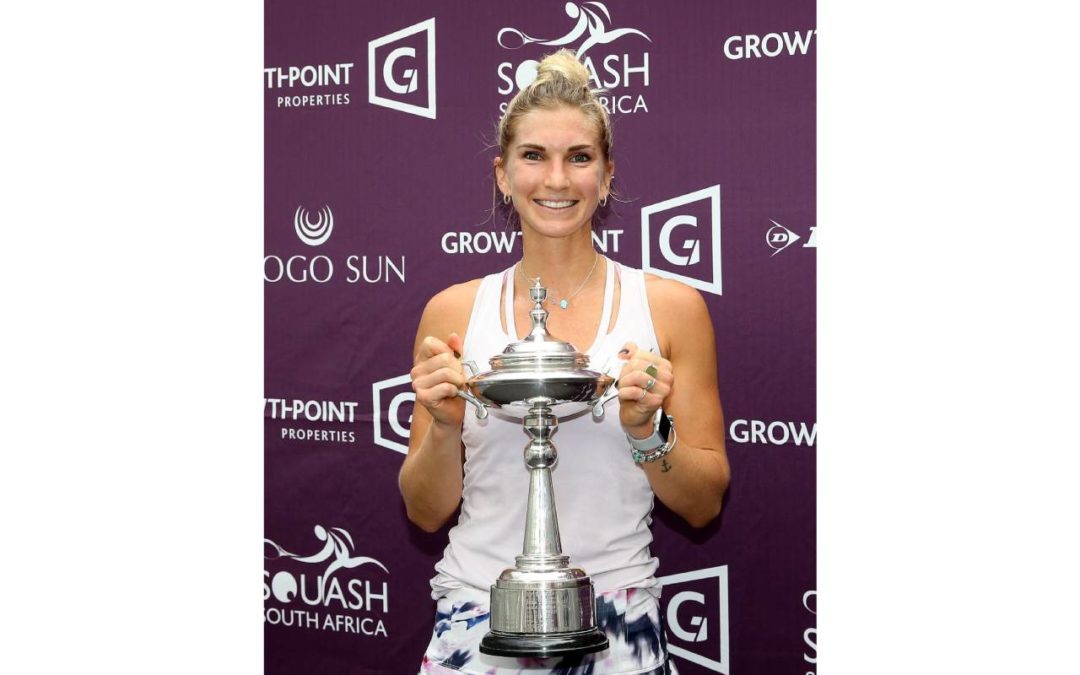 Alex Fuller completed a dominant performance this week by defeating Lizelle Muller 3-0 in the women’s final of the Growthpoint SA Nationals tournament at Brooklyn Mall in Pretoria on Saturday, 17 October 2020.

Fuller, from Western Province, defeated 11-8 11-6 11-5 as the Port Elizabeth player again had to settle for the runner-up spot.

The 27-year-old Fuller has had a frustrating year due to Covid-19, but said winning her third Nationals title made up for the earlier disruption of lockdown.

“It’s a massive honour to win your national title and I feel like the season has really started with a bang for me,” she said after adding to her wins in 2015 and 2018.

“I want to say a big thank you to our sponsors, Growthpoint, because to be able to showcase our sport in a setting such as this has been incredible.”

Having been based overseas for several years, Fuller said her main objective had been to adapt to the conditions as well as the challenge of her opponents.

“I think I managed to achieve that and it was a good test for my conditioning, although I feel there are still a few aspects of my game I need to work on.

“I do play a high-risk game and for me it’s a case of trying to minimise my mistakes.”

Fuller did a commit a few errors against Muller, but she countered that with her attacking flair to keep her opponent at bay.

Her Port Elizabeth rival was playing her second successive final and she gave Fuller her hardest match of the week, but the top seed’s ability to pile on the pressure when she had an opening made the difference in the end.