Cricket South Africa have called up an 18-woman squad to the High Performance Centre for a camp starting on Friday evening, in advance of selecting a 14-woman squad for the […]

Top South African cricketers, Johmari Logtenberg and Ashlyn Kilowan, have been nominated for the International Women’s Cricketer of the Year award after each full member country was allowed […]

The South African women’s cricket team showed they have a lot to learn when it comes to Twenty20 cricket, after losing both their encounters against New Zealand and England A […]

The South African women’s cricket team have lost their first match on tour in Europe, going down by 97 runs to New Zealand in a Twenty20 encounter at Somerset County […]

The South African women’s cricket team continued their winning streak on their tour of Europe, after beating England A by 36 runs in a limited overs match at Taunton […]

The Proteas comprehensively beat the Netherlands by 174 runs at the Sportpark Maarshalkweerd in the Dutch city of Utrecht on Saturday, their second successive comfortable win in three days […]

Captain Cri-Zelda Brits top-scored and took SA on to a victorious total of 239 for the loss of six wickets, after choosing to bat against the Netherlands in the first […] 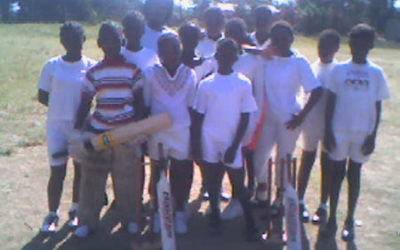 South Africa’s women’s cricket team have pulled off a sensational win over the Netherlands in the historic one-off four-day test in Hazelaarweg, Rotterdam.

Page 45 of 50« First«...102030...4344454647...50...»Last »
We use cookies on our website to give you the most relevant experience by remembering your preferences and repeat visits. By clicking “Accept”, you consent to the use of ALL the cookies.
Do not sell my personal information.
Cookie SettingsAccept
Manage consent