SA’s no. 1 Wheelchair Tennis player Kgothatso Montjane won silver at the Pensacola Open in the USA on Snday, after losing 76(4) 63 to London 2012 Olympic gold medalist and Dutch second-seed Marjolein Buis in the women’s singles final.

SA’s no. 1 Wheelchair Tennis star Kgothatso Montjane takes on Dutch second seed Marjolein Buis in the women’s singles final at the Pensacola Open in the USA later today, after she beat world No. 11 Yui Kamiji (JPN) in three sets on Saturday.

The South African Women’s Wheelchair Tennis Team is the best in Africa after winning their World Team qualification tournament in Kenya.

Wheelchair Tennis SA no.1 Kgothatso KG Montjane becomes the first player from the African continent to participate in a Grand Slam, when she takes on tournament top-seed and world no. 2 Aniek van Koot in the opening round of the Australian Open Wheelchair Tennis Championships on Wednesday

George Gears Up for Wheelchair Challenge

Get your entries in for the popular annual Outeniqua Wheelchair Challenge taking place on 16 February 2013 in George. Organisers have made various arrangements to ensure the event runs smoothly from race entry to race day. Entries close on 31 January 2013.

Mabel Mankgele has won the 2012 ACSA Eastern Cape Open after scoring the upset of the tournament, beating top seed Mariska Venter 5-7, 6-4, 6-3 in the final.

New “Breaking the Mould” campaign to be launched in South Africa in November, with international tennis stars Venus and Serena Williams expected in the country to promote the campaign.

Anrune Liebenberg ended the Paralympic Games for women athletes on a high note when she won silver in the 400m T46 Final. It was Liebenberg’s second medal in London after winning bronze in the 200m T46 Final. 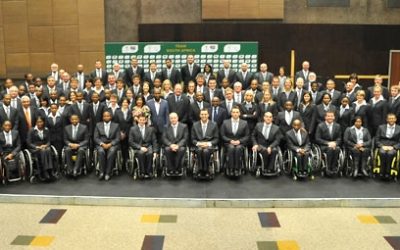 All eyes will be on Natalie du Toit, winner of five gold medals at the 2008 Beijing Olympics, as Team South Africa arrive in London for the 2012 Paralympic Games. The South African team of 62 includes 19 women athletes, including two more medal winners from 2008, athlete Ilse Hayes and swimmer Shireen Sapiro. 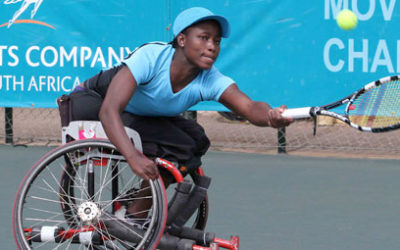 Page 10 of 12« First«...89101112»
We use cookies on our website to give you the most relevant experience by remembering your preferences and repeat visits. By clicking “Accept”, you consent to the use of ALL the cookies.
Do not sell my personal information.
Cookie SettingsAccept
Manage consent