Last month, gsport launched ‘Sport for Starters’, a monthly serial feature aimed at getting you started in the sport that we feature, by focusing on a few introductory issues, and […]

As South Africa gears up to host the 2010 FIFA World Cup, people around the country are going soccer-mad, with a host of corporate leagues being launched.   The SuperSport […]

Play Sport! from a Winner

Every picture we have of Henna du Buisson shows her grinning widely, and that is as it should be.    This girl loves playing sport, she loves scoring goals, […]

Looking from Bottom Up

When gsport … for Girls! attended the end-of-tournament bash put on by SPAR following the Hockey Inter-Provincial Tournament just completed, Free State looked a little dazed. The Team had just […]

Golf for Starters One of the coaches of the Acer Girls Program at Parkview is Letitia Moses, who gives us the lowdown on what golf beginners can expect when they […]

Every second Sunday, the Caddies of South Africa take their daughters (6-12 years) to a series of assessments by Tania Fourie and Lesley Copeman, owners of the Parkview (JHB) ProShop […]

Feature Articles gsport  … for Girls! is about more than sport. It’s a resource aimed at encouraging women to reach our full potential. Every month, we will tackle a host of topics that […]

Introducing a new feature at gsport … for Girls!– Sport For Starters! 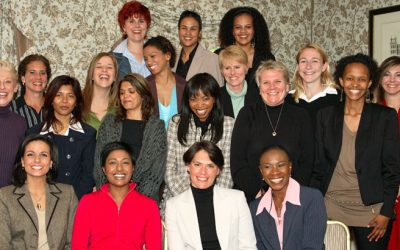 gsport’s inaugural Hall of Fame inductee, Penny Heyns, recalls the moments that have made her sporting career remarkable, and gives advice to girls who want to better themselves through sport.

I recently came across a thought-provoking article on femininity and sport written by pioneering athlete, author and professional speaker, Mariah Burton Nelson, who has been writing and speaking about […]

Page 37 of 37« First«...102030...3334353637
We use cookies on our website to give you the most relevant experience by remembering your preferences and repeat visits. By clicking “Accept”, you consent to the use of ALL the cookies.
Do not sell my personal information.
Cookie SettingsAccept
Manage consent