Woman in sport, Know that ….

Good luck to everyone that has been nominated

I would like to thank the Spar Gsport Awards for honouring and acknowledging women in sport.

How to Vote and Vote Again in the 2015 SPAR gsport Awards:

1. Visit https://gsport.co.za 2. Log in via Facebook or Twitter 3. Start voting! Ok. But did you know that you can double your daily support for your favourite finalist? Voting rules for the 2015 SPAR gsport Awards: 1. Membership is freely available to anyone* 2. A member gains 3 votes daily for logging in** 3. […]

Loosely translated it means our inheritance. As women in this field we need to plant seeds that encourage not only participation and excellence in sport. Initiatives like this are a great way of reminding and encouraging women in the field. It promotes a holistic approach to to participation in sport. Together we can be more. […] 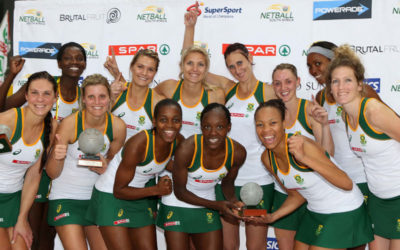 The 14th Netball World Cup starts on Friday with Sydney, Australia hosting the latest edition. The host nation will be the firm favourites once again, having won the competition on 10 previous occasions, including the last two. Indeed the netball world has been so dominated by the Aussies and their trans-Tasman rivals New Zealand that […] 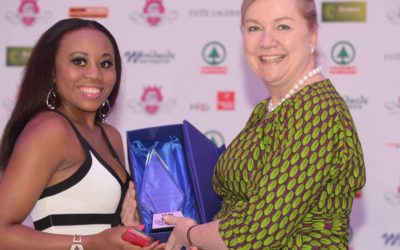 At the 9th Spar Gsport Awards, I had the honour of receiving the inaugural Gsport Social Media Star Award. To be associated in any way with such a positive brand for inspiring women as Gsport4Girls brought me pure joy, and to walk away with the award was true ecstasy! My beautifully crafted trophy sits proudly […] 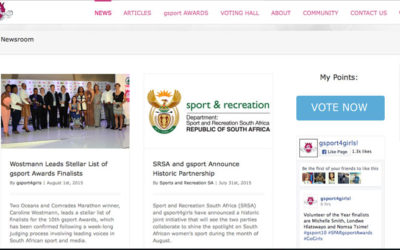 Exciting day for gsport … Good luck to all the 2015 SPAR gsport Awards finalists!

Page 48 of 48« First«...102030...4445464748
We use cookies on our website to give you the most relevant experience by remembering your preferences and repeat visits. By clicking “Accept”, you consent to the use of ALL the cookies.
Do not sell my personal information.
Cookie SettingsAccept
Manage consent