Celebrating One Year of #gsportGlobal 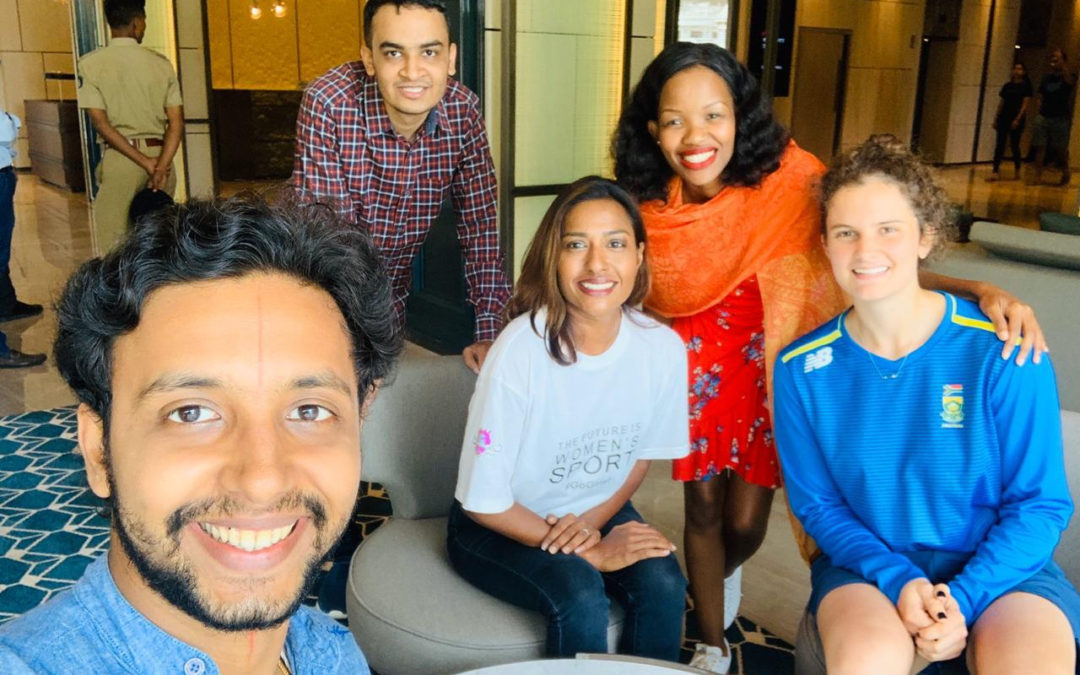 Last September, gsport trusted its wings and hopped onto a plane to India to fly the flag for women’s cricket as the Proteas Women embarked on the 2019 tour to Surat and Baroda in India.

gsport was the only media entity from South Africa covering the tour, and it was a journey of support that will form part of our story for years to come, in terms of how #gsportGlobal came about.

Securing Momentum as Naming Rights Partner in 2019 gave us the courage to grow the initiative, and after 13 years of telling the South African women’s sport stories, the tour to India was a great way to expand gsport’s focus, and start telling the global story of women’s sport.

At the time, I was invited by leading Indian women’s cricket initiative, Women’s Criczone to play a part in their storytelling during the tour which also enhanced the work of gsport and for which I am indebted to Yash Lahoti, S Sudarshanan and their team for making me feel so welcome in their country, and for the opportunity to work and learn alongside each other.

The glue keeping us together was CSA media liaison officer, Lesego Pooe, who saw the value in having her players profiled, which led to almost every player being interviewed for both gsport and WCZ. It is a big lesson for media officers, especially in women’s sport: Give the media access, and see the magic unfold!

I immediately fell in love with India, and Surat in particular. The people, the food, the hospitality, I was bowled over. The key to me truly enjoying the experience was that I was taken for a local, and I got on really well with everyone there. Having my roots in India helped as conversation starters, and after that, we were family!

We always hear about how fanatical people in India are about cricket and unless you see it, you can’t really explain it. With the popularity of the Indian Premier League, men’s cricket is seen as the ticket for fans to throng to stadia to watch their heroes.

Last September, I had a front row seat, to witness the incredible support for women’s cricket in India. Fans thronged to practices and matches, even when rained out, they stayed to get a glimpse of their favourite cricketers.

It opened my eyes to what real support for women’s sport looked like, and I have no doubt it changed the way the Proteas Women viewed what their future could look like, with increased all round support.

Coming home with that feeling, it encouraged me to share with the gsport team the opportunity to fly the flag even higher for women’s sport and this time, with our history of consistent support and the shift created by Momentum that allowed the launch of #gsportGlobal, we were ready for the step up.

Over the next few months, our coverage of women’s sport was fired up and we found ourselves breaking news almost daily, as women in sport courageously forged ahead.

On this first birthday of #gsportGlobal, we are committed to keep doing the work daily because magic happens in the those little moments when we think nobody is watching.

Women’s sport needs bucket loads of sincerity and years of commitment to the cause.

I am glad we are trusted our wings a year ago. We haven’t looked back.