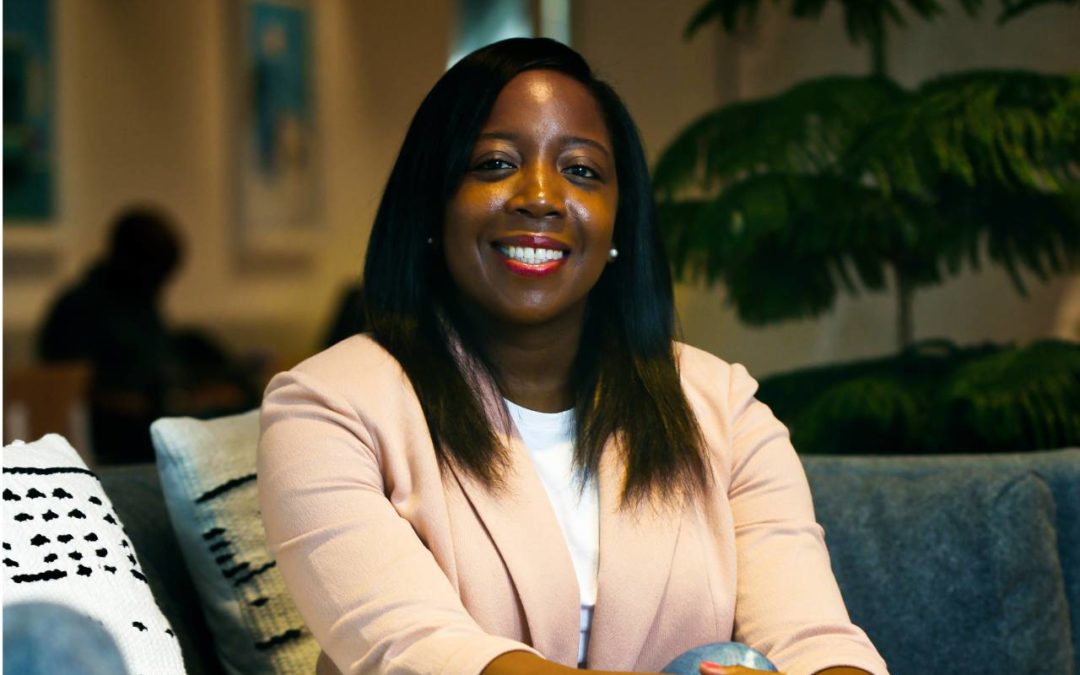 What a month it has been! When I was appointed as the PR Manager of the 2020 Momentum gsport Awards, it felt like one of those ‘pinch yourself’ full circle moments.

I have been a keen follower and supporter of gsport since I attended my first awards in 2009, so the opportunity to be involved was met with giddy excitement and emotion.

gsport was one of the first platforms to interview me when I was appointed as the Media Manager of the Proteas and it certainly gave me that extra lift and backing to own my success in the role.

Here I am eleven years later as part of a team leading the biggest women’s sport awards in the country. How do you even begin to top that?

“This has been one of the most memorable experiences of my career – and there have been plenty.” – #gsport15 PR Manager, Lerato Malekutu

I’ll be honest, I didn’t know what I was getting myself into, but four weeks later, this has been one of the most memorable experiences of my career – and there have been plenty.

The most rewarding aspect has been working closely with the 56 finalists. Their humility and enthusiasm at embracing every media opportunity that came their way gave me extra motivation and purpose to find more coverage for our finalists.

I’ve worked with a lot of international sportsmen and women who treat the media like a chore, our finalists treated engaging with the media like an honour, that melted my heart each time!

This brought me to the realisation of the amount of work that is still needed to put a constant spotlight on women’s sport. Coverage and publicity should not be a nice-to-have, it should be a privilege for the media outlets.

“A sincere thank you to every TV, Radio, Print and Online platform that has played a role in celebrating our finalists and telling their powerful stories.” – Malekutu on the media coverage on the #gsport15 finalists.

In the same breath, I have been overwhelmed by the interest and coverage of our finalists on several media platforms in the country. A sincere thank you to every TV, Radio, Print and Online platform that has played a role in celebrating our finalists and telling their powerful stories.

We certainly can’t achieve what we set out to achieve without the media and as much as we aim to break the stereotypes, unique storytelling will continue to break barriers for women’s sport in the mainstream media.

We have to keep promoting the women in our sport beyond Women’s Month and August, the women’s narrative needs to be a 365 days per year conversation. I have seen a lot of brands suddenly waking up and throwing in a lot of money towards campaigns during August and Women’s month. Some are genuine and sincere; some are crass and lack substance.

“Their association with women’s sport and the empowerment of women in general goes far beyond Women’s month and August.” – Malekutu on Momentum’s support of women’s sport.

It has been wonderful to work closely with a brand like Momentum during this campaign. Their association with women’s sport and the empowerment of women in general goes far beyond Women’s month and August.

It was through their support of the Momentum Proteas that Cricket South Africa was able to provide centralised contracts for some squad members, it only takes a look at the team’s rise over the last few years to see what investment and support of the women’s game can achieve.

All 56 finalists are winners in my eyes. They have all achieved what many have not done in that capacity, and although we can only have 20 winners, I hope each can walk away from this year’s campaign with a renewed vigour and motivation to reach newer heights in their respective careers.

I am so grateful for being exposed to new sporting codes that I had previously not taken note of. From surfski, fencing, water polo, hand-cycling, squash and handball to name a few, these are all sporting codes I will be following closely long after the awards are over.

I often feel that the more prominent sporting codes are given more status and importance, but a world champion is a world champion, regardless of the code. That person is the best in their field, and they must be celebrated. That is what I love about the Momentum gsport Awards, there is no ‘exclusivity’ or bias. This year’s awards have exposed new names and new sporting codes, further unearthing rural, African and Global success stories.

The gsport digital influence was one of the highlights for me. From the weekly Instagram Lives to the first-ever Media Masterclass, the social media engagement was thrilling. The Media Masterclass was such an eye-opener for me. I realised that our industry is a big community that includes passionate, knowledge-hungry and enthusiastic members.

The conversation and engagement were enlightening, and it was important to have honest conversations around our media industry and on how we can all play a role in increasing the coverage of women’s sport and also how female professionals can continue breaking the glass ceilings in male dominated industries.

I am so excited for the awards evening on the 31st. With so many tightly contested categories, I am thankful I am not a betting woman. The categories which stand out for me are the Momentum Athlete of the Year and the Global Woman in Sport of the Year. Babalwa Latsha, Hayley Nixon and Anrune Weyers have all achieved amazing results in their respective fields, and according to me, there is very little that sets them apart.

Some of our national teams experienced exceptional success on the international stage and that is an indication of the Global Woman of the Year finalists this year. Our Momentum Proteas, Springbok Women and SPAR Proteas all put women’s sport in South Africa on the map and each individual in that category can be proud.

Whereto from here? That is the big question. The African Woman in Sport and Global Woman in Sport categories will no doubt open the pool of talent on the continent and across the globe. The introduction of these categories will not only grow gport’s profile worldwide, it will open up a bigger pool of stories and successes in women’s sport which will only increase the need to make the circle bigger.

After 14 incredible years of gsport, many may feel that the work is done, I think the work has only just stared! Congratulations to all of the winners and each and every finalist, the world is your oyster and I hope this recognition is the platform you need to take your career to the next level.