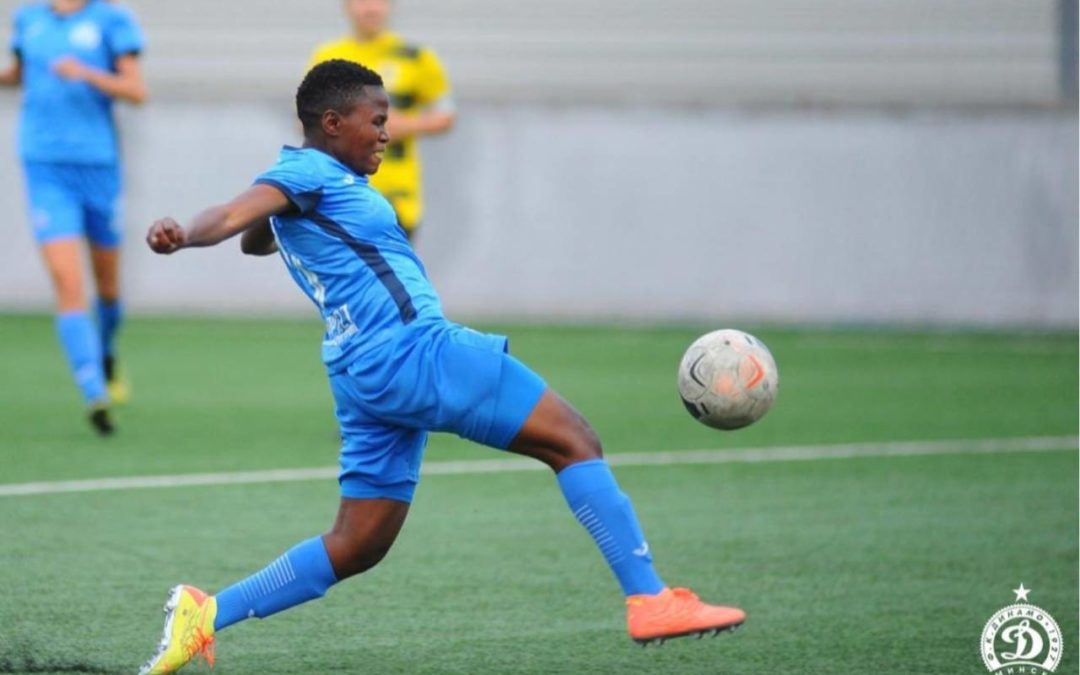 Mulaudzi was substituted into the game after 69 minutes and played a vital part in her team’s 9-0 annihilation of ABFF U19.

Rhoda Mulaudzi was introduced after 69 minutes and netted her 1st goal for Dinamo Minsk, her compatriot Lebogang Ramalepe played the entire 90 minutes as they claimed a 9-0 victory over ABFF U19 in the Belarus Premier League encounter 💪🇿🇦🇿🇦 pic.twitter.com/lyXbxZlkOb

Mulaudzi shared her elation on Twitter as she celebrated her debut goal.

I got to introduce myself on the score sheet for @FC_Dinamo_Minsk yesterday. I’m happy to have helped my team win 9-0. Here’s to many more! 🙌🏾@pumafootball @PUMASouthAfrica @PumaWomen#womensfootball pic.twitter.com/sYYlEVWIeZ