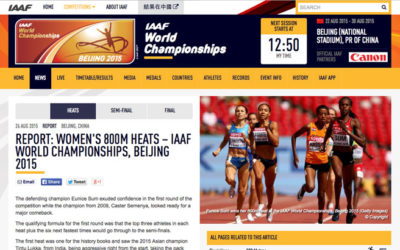 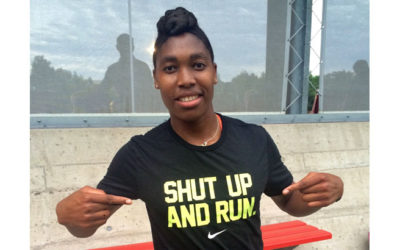 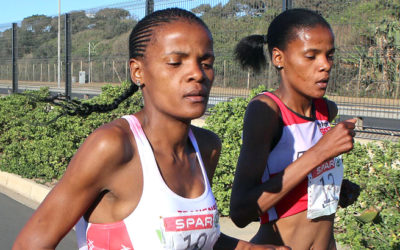 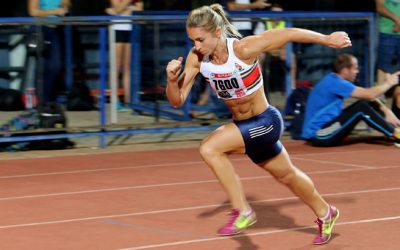 Last year, the South African Paralympic team was the toast of Beijing after breaking nine World records and eight Paralympic records and finishing 6th on the gold medals table. Overall the team ended 13th out of 148 countries, with their medal tally also including three silver and six bronze medals. With the London 2012 Games […]

The iconic 2008 Beijing Olympic Games venues, the Water Cube in front of the Birds Nest, pictured during the Games’ Opening Ceremony. All pictures courtesy SASCOC. As South Africa reflects on a rather disappointing Olympic Games campaign, there is one thing the country can be proud of – the number of women in the team […]

Crystal Arnold has just returned back from a once a lifetime trip to Beijing where she worked as an Olympic correspondent for pay channel, SuperSport, interviewing some of the world’s biggest stars, while witnessing some of the greatest Olympic action of all time.

One year after qualifying for the Olympic Games, the SPAR national women’s hockey team are about to demonstrate how far they have come since their last Olympic appearance. Their coach, Jenny King, wants a top 10 finish in Beijing to enable to qualify for the Champions League.

After waiting so long for August to arrive, my final week here in Hungary has flown by! Training has been really good and the weather has been fantastic, helping us prepare for the high temperatures and humidity in Beijing.

Hockey striker Vida Ryan is getting her first taste of the Olympics in Beijing, representing the SPAR National women’s hockey team, just 18 months after making her debut for South Africa. What makes this story even more special is that it’s a family affair with Vida’s sister, Vidette, also part of the national team.