Mbali Zantsi is South Africa’s first female boxing promoter, having gained her promoter’s licence back in 2003, and as we celebrate Women’s Day, Zantsi is about to fulfill her […]

Results from first day of the SPAR National Netball Championships, at Howard College on Monday 6 August, 2007:

South African netball had reason to celebrate on Tuesday – supermarket giant SPAR announced that it was renewing its sponsorship of the sport for another three years. 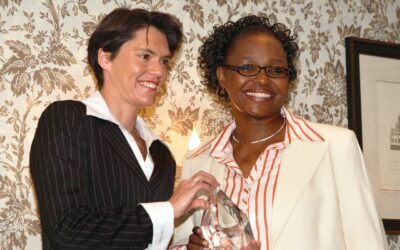 To her fans and admirers, Hazel Gumede will always be known as “Special”. This eighties netball phenomenon kept South Africa talking for nearly 20 years, as she excelled in the […]

To her fans and admirers, Hazel Gumede will always be known as “Special”. This eighties netball phenomenon kept South Africa talking for nearly 20 years, as she excelled in the […]

When people think about motorsport, they tend to visualize racing drivers as macho men, with rugged good looks and an addiction to adrenaline. However, they would be surprised to […]

SPAR Champs to Kick Off

More than 650 netball players will gather in Durban next week for the annual SPAR National Netball Championships, which takes place at KwaZulu-Natal University’s Howard College campus from August […]

After two races, Mr Price Central Gauteng is well in the lead in the Spar Club Grand Prix competition, with 139 points, 18 ahead of their nearest rivals, Harmony […]