Border make history by winning their first SA Rugby IPT title since the competition’s inception in 2003, overwhelming defending champions Western Province 41-8 to win the cup in East London on Saturday

The Springbok women have beaten Uganda 63-3 in East London 2014 in order to emphatically book their place at the French Women’s Rugby World Cup in 2014.

The Springboks take on Uganda at the Buffalo City Municipal Stadium in East London on Saturday (kickoff 15h00), where a win will qualify SA for their third IRB Women’s Rugby World Cup, in France in 2014

Coach Aslam Abrahams takes Nations Cup lessons on board as he prepares squad of 28 for 2014 Rugby World Cup qualifier against Uganda at the Buffalo City Stadium in East London, on Saturday, 7 September

There were big wins for the top contenders at the start of the Cricket South Africa Women’s Provincial League this past weekend, with Gauteng winning two of their matches and SWD registering a 199-run victory over Kei. 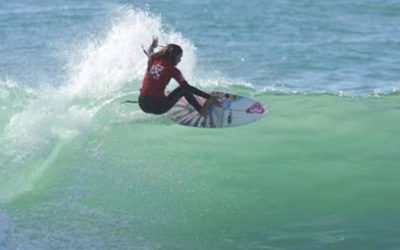 The South African U20 women’s rugby side came away with a morale-boosting 29-10 win over Border B at East London’s Absa Stadium on Friday night.