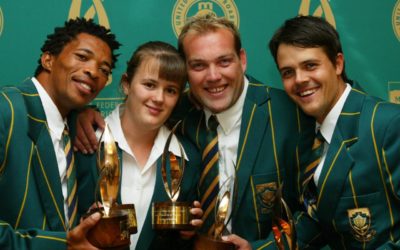 Three Gauteng North players shined at the recent North West Championship, which was won by Kim Williams who played solid golf over 36-holes on the lengthened Orkney Golf Course, to taste her first victory of the season.

The South African national women’s cricket team after their comprehensive victory over Pakistan in the ICC Women’s Cricket World Cup Qualifier, in Stellenbosch recently. Picture: Mouton van Zyl Wow, it’s been a wonderful two weeks – crazy but exciting on so many levels. I have just been appointed Commercial Manager for Cricket South Africa, an […]

Johmari: Why I Quit Cricket

Johmari Logtenberg has swapped her bat for a set of club as she pursues a new career in golf.   gsport was surprised to learn that vice captain of the national women’s cricket team, Johmari Logtenberg, had decided to quit cricket to take up golf. This star all-rounder, who was chosen as our November […]

Top South African cricketers, Johmari Logtenberg and Ashlyn Kilowan, have been nominated for the International Women’s Cricketer of the Year award after each full member country was allowed to put forward two names.