Subscribers to the national pay-channel are in for a treat, with the announcement that Supersport will broadcast the inaugural Diamond Challenge international four-nations tournament featuring hosts South Africa, Malawi, Botswana and Zambia live.

Competition: Win 4 tickets to the Netball SA Diamond Challenge final, at the conclusion of the four-nations tournament between South Africa, Malawi, Botswana and Zambia in Pretoria on Saturday, 28 August

Despite losing the most senior players than any other team, due to the unavailability of the SPAR Protea players for the duration of the tournament, defending champions Gauteng North beat Gauteng Central 60-41 after an early upset to convincingly claim their third successive SPAR National Netball Championships title

Netball SA Director of Selectors, Christine du Preez, views Malawi as the SPAR Proteas’ sternest challenge in the upcoming Diamond League also featuring Botswana and Zambia, as the hosts looks to regain the world no. 5-ranked spot in the world 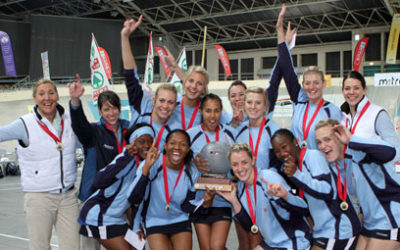 Gauteng North will be seeking their third consecutive SPAR National Netball championship title as the tournament featuring more than 80 teams kicks off a the University of Johannesburg this morning, but the playing field has been levelled with news that members of the SPAR Proteas national netball team will not form part of their regional teams.

More than 80 teams have registered for the 2012 Spar National Netball Championships at the University of Johannesburg from 6-11 August, where defending champs Gauteng North will be up against runners-up Free State Motheo, Ekurhuleni and Nelson Mandela Bay among leading challengers