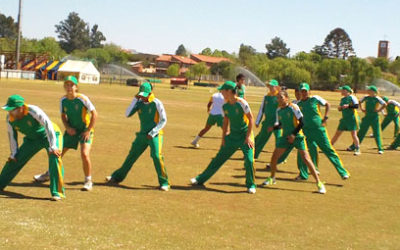 Coach Ebrahim-Hassen prepares to select the final 18-women training squad to be announced for the ICC Women’s World T20 at the conclusion of the Proteas Women’s squad training camp, at the HPC in Pretoria on Sunday

Proteas’ national women’s side suffers big defeat in 3rd ODI vs England Academy, but win the ODI series 2-1, with the 3-match T20 series starting Friday in Potchefstroom lying ahead.

The national cricket team is determined to make the most of their ODI and T20 series against the visiting England Women’s Academy squad, their only international preparations ahead of the ICC World T20 in Sri Lanka this September.

Cricket South Africa (CSA) on Tuesday announced the 15-strong ODI and T20 squads that will face the England Women’s Academy in April.