The SPAR Proteas lived up to their dark horse tag as they advanced to the semi-finals of the Fast 5 World Netball Series. SA beat World Champs Australia 28-27 and traditional rivals Malawi 48-34 to secure their place in Sunday’s Semis.

The SPAR Proteas improved throughout the Quad Series but still finished without a win after hard losses to World number one, two and three – Australia, New Zealand and England.

The SPAR SA Netball Proteas lost their second test 24-63 to world no. 2 New Zealand in Tauranga on Sunday. After being sideswept by a rampant Silver Ferns team in the opening 10 minutes, the Proteas regrouped and played a positive match to hold their heads high 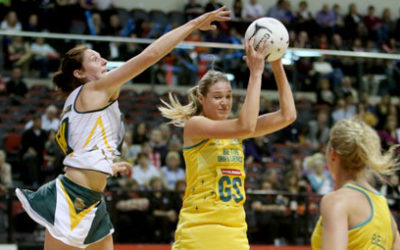 The SPAR Proteas showed a lot of fight as they lost 68-36 to Australia in Wellington, New Zealand. The Proteas are now looking ahead to their last two matches in the Quad Series against New Zealand and England.

SPAR Proteas Coach Elize Kotze says that her team has analysed videos of their first match against the Australian Diamonds in the Quad Series, and believe that defence will be key in making progress against the world’s best.

A fighting SPAR Proteas team have lost their third match in the Quad Series, to world number-three England, by a margin of 62-53. This is by far the SA team’s best performance in the series, after big losses to both Australia and New Zealand. 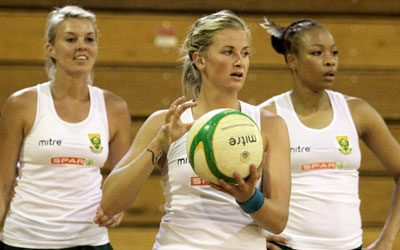 World numbers 1, 2 and 3 on the cards as the Proteas prepare to depart for their toughest assignment of 2012, the Quad Series in Australia and New Zealand also featuring England