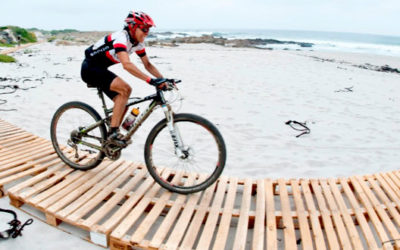 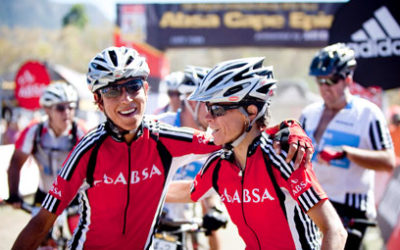 Yolande Speedy (left) and Yolande de Villiers (right) may seem friendly when they smile for the camera, but the action in the Barberton Challenge will be all grit and determination, […]

Speedy Keen for Another Cruise

Yolande Speedy (left, looking for her first Crater Cruise title) and Yolande de Villiers (who has suffered a broken collarbone, and can’t compete) grit out a smile when they think […]

Yolande Speedy is back in the country and in good podium-climbing form! She’ll start as favourite to win the women’s race at The Talisman Herald Karoo to Coast Mountain Bike […]

Ellane van Wyk was elated after securing the overall victory at the Mazda Haenertsburg Mountain Bike Challenge at the weekend.   Capetonian Ellane van Wyk’s trip from one side […]