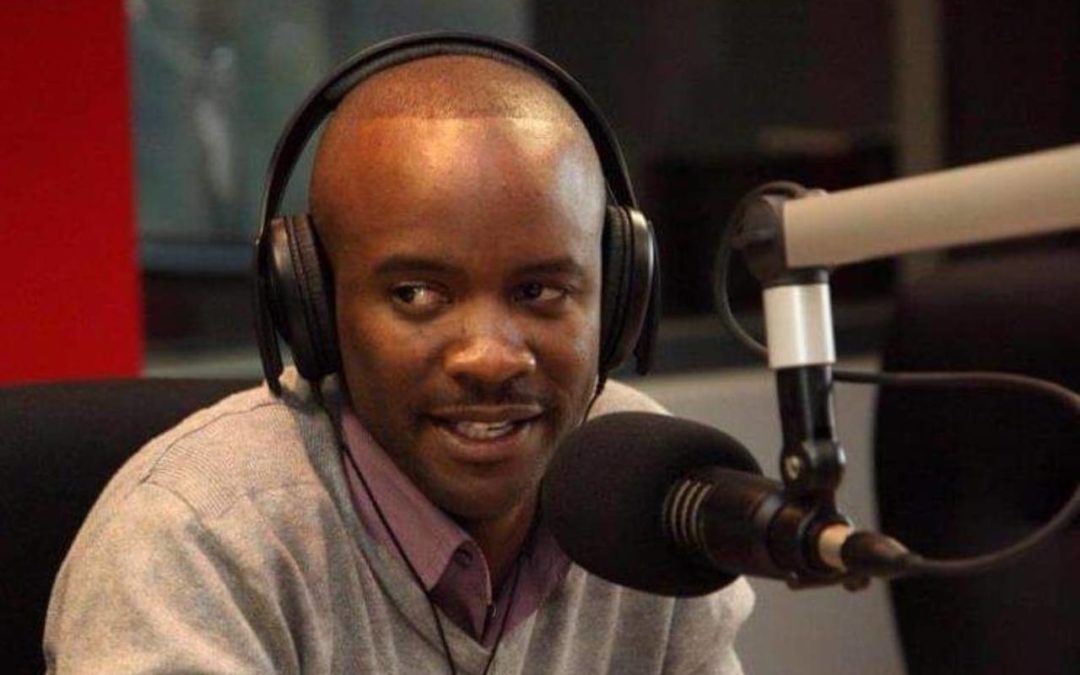 SAFM Sportcaster, Thabiso Mosia believes it is important to not only support women in sport but also give them an equal platform when it comes to media coverage as his support for women’s sport has helped elevate the Momentum gsport Awards over the years.

The award-winning journalist previously worked as a betting analyst before venturing into sports broadcasting and now has over 10 years’ experience in the industry.

During his first stint at KayaFM, Mosia was under the watchful eye of the renowned Jeff Moloi where he worked as a reporter, producer and sports writer.

In 2008, Mosia joined eNCA where he was part of the channels first-ever sports desk team where he held the position of sports writer/producer. A year later, he was named as the Best Newcomer at the prestigious SAB Sports Awards.

Mosia came full circle later in his career when he won the SAB Sports Radio Journalist of the Year as well as the overall Best Journalist in the Audio Media categories in 2015.

With a glittering career and a trophy cabinet that many journalists dream of attaining, Mosia rates covering the 2016 Rio Olympics live in Brazil as one of his career highlights.

What else is he still aiming to achieve in his career? Celine Abrahams finds out.

Thabiso, with women’s sport on the rise, one must applaud you for your media support of our female athletes! Why has it been so important to you to play your part in support of women?

It’s important to not only support women in sport but also give them an equal platform when it comes to coverage. We have seen in some countries around the world that the growth in popularity of women’s sport has been largely assisted by the media coverage they receive.

From your perspective, how has women’s sports coverage in the media grown over the years?

The coverage of women’s sport is surely improving in SA, we have seen a lot of media houses take a keen interest. This has also been greatly helped by the successes of some of the teams, including the Momentum Proteas, SPAR Proteas Netball team and Banyana Banyana.

How are you planning to elevate this coverage looking at the power that you hold in the radio space?

“We are always consciously aware of our responsibility and we have tried to include women’s sport in our bulletins whenever possible and not only during the month of August.” – SAFM Sportcaster, Thabiso Mosia

Our plan is to eventually get to a 50/50 coverage representation on our platforms. We are always consciously aware of our responsibility and we have tried to include women’s sport in our bulletins whenever possible and not only during the month of August.

Let us take a step back. Please tell us when your love for sport and broadcasting developed.

My father was a sports broadcaster and I have followed in his footsteps. He also worked for SABC and hosted a sports show on Umhlobo Wenene.

How was it for you breaking into the industry seeing that your dad had already led the way?

Getting into the industry was a challenge. When I was applying for opportunities, I would not use my surname because I didn’t want to get a job because of my father’s career. Eventually I was given an opportunity by Jeff Moloi on KayaFM where I started off as a sports writer. Turns out I’d forgotten to change my surname on the application email and my father was his idol!

We know that challenges continue to come the more you grow in your respective field, how have you been able to tackle them?

Some of the challenges I faced in the early stages include, not having access to certain National Teams, players and federations. This was due to a lack of trust between these organizations and certain media houses, mainly based on the profile of the media outlet. But some relationships have improved with time. There are still certain sporting codes/federations that are not accessible to the South African people they represent on the sporting field. By this I mean that some federations, players or coaches choose who they speak to.

Our coverage of a story where we found that a certain publication was printing fabricated interviews in their football newspaper. We exposed these fake interviews with the assistance of certain clubs.

“Winning Newcomer of the Year at the SAB Sports Awards in 2009 and Sports Presenter of the year in 2015. I have won two further SAB Sports Media Awards and two Liberty Radio Awards as recognition.” – Mosia highlights his career achievements.

Also, covering the 2016 Olympic Games live in Rio, Brazil. Winning Newcomer of the Year at the SAB Sports Awards in 2009 and Sports Presenter of the year in 2015. I have won two further SAB Sports Media Awards and two Liberty Radio Awards as recognition.

Who inspires and motivates Thabiso Mosia to be the best version of himself daily?

The listeners, sportsmen and women who appreciate the coverage we afford them. Our medium is powerful if used responsibly and our shows have over the years assisted people financially, with sporting equipment, international sporting trips and more.

As you have worked with women in the industry and seen the extra miles they have had to go through in order to earn their place, what advice would share to up and coming females who are looking to break into the media space?

There is a lot that can be done in the Sports Broadcasting space, from producers, writers, researchers, directors. My advice would be to try and occupy all these spaces if possible. We receive a lot of CVs or demos from people just wanting to be presenters, but the industry is vast.

With over 10 years in the game and various awards in your trophy cabinet, what are you still aiming to achieve in the industry?

I’m grateful to have a platform where I can make some sort of change, create awareness on matters beyond fixtures and results, celebrate our sporting stars and also hold those in power accountable because as SA Sport we still have some way to go because of our past as a country.

We need to drive the change to create equal opportunities for all the kids who like sport. A start is to build facilities and centers of excellence in the townships and previously disadvantages communities.

We also need to open up the industry and create space for more women to showcase their talent/ ideas/visions in order to shape the way forward for our sport which remains systematically male dominated. That’s what I still hope to achieve if I use my platform responsibly.

Photo 1 Caption: Award-winning Sportcaster, Thabiso Mosia, hopes to use his platform to open doors for women in sport to flourish in the media. Photo: Twitter