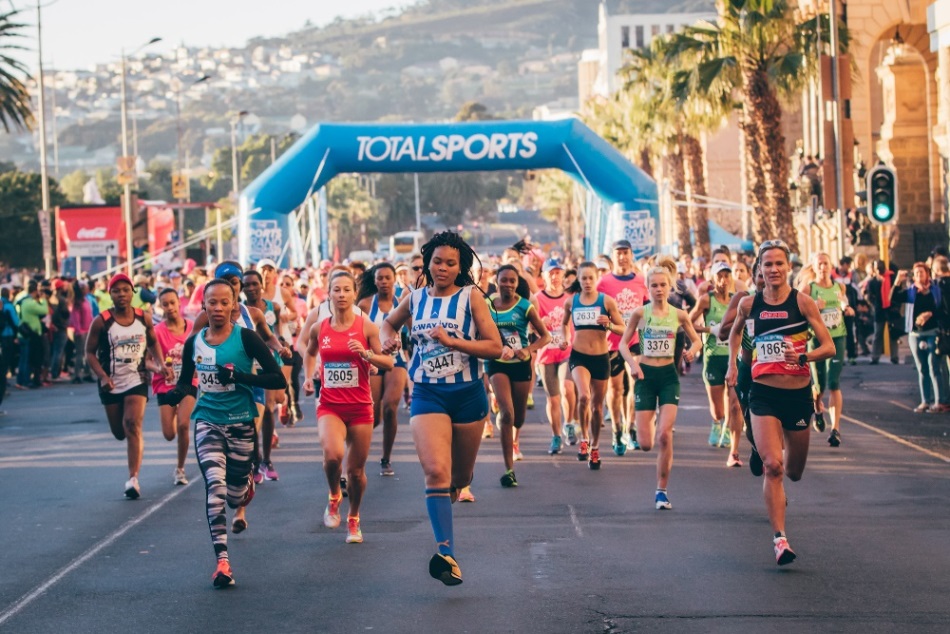 The organisers of the Totalsports Women’s Race have introduced an additional R20 000 incentive for the female runner that runs a sub 33min 10km in Johannesburg or Cape Town on Wednesday, 09 August 2017 (National Women’s Day).

“The incentive is in addition to the existing overall prize purse of R41 200 per event of which the winner will take home R10 000,” says Michael Meyer, Managing Director of Stillwater Sports.  “This means that should the winner of the 2017 Totalsports Women’s Race (10km) in Johannesburg or Cape Town run a sub 33min race, her prize tally will be a whopping overall total of R30 000.  This is the first time since the event’s inception in 2002 that we are offering such an incentive.  We look forward to some exiting racing and fast times on Wednesday, 09 August.”

Christine Kalmer will be one of the runners to look out for in the Johannesburg race.  “I love that the race is for women only,” says Kalmer.  “I’m looking forward to running through Johannesburg with thousands of women.  You can feel the passion on event day.  It’s heartwarming to see how the women encourage and support each other throughout the race.   I’m looking forward to running over the Nelson Mandela Bridge, a Joburg landmark.  My goal is to run a competitive race and a solid time.  The R20 000 incentive is great and will definitely be motivation to run extra fast.  I’m not sure whether I’ll be able to run a sub 33min on race day though, as my personal best is 33:53.”

In Cape Town Nolene Conrad will be at the front of the field. Conrad also enjoys the fact that this is a women’s only race.  “The Totalsports Women’s Races are well organized and the prize purse on offer is really good,” says Conrad.  “I love the vibrant, energetic atmosphere of this race.  My goal is to run a fast time.  I am coming from Europe where I have been competing in a few track races.  My fitness level looks good right now so I feel confident that I can go under my PB.  It just depends on the variables that I cannot control, like the weather.  The R20 000 incentive is absolutely awesome and I commend the race organisers for that.  Instead of just winning races, we need to encourage runners to run fast.”

Each entrant will receive a magnificent fitted Nike t-shirt, an exclusive finisher’s bracelet, on-route entertainment and an exhilarating live performance by a well-known South African artist.

Charity Support:  The Totalsports Women’s Race proudly supports PinkDrive, a Non-Profit Company (NPC) that is committed to improving breast cancer awareness, education, and providing and offering free services to the medically uninsured across South Africa.  PinkDrive will be present at the Totalsports Women’s Race offering FREE clinical breast examinations and educating on the importance of self- breast examinations.  Visit PinkDrive’s “Shop4Cancer”, show support and #RunForLife.

Live Entertainment:  After completing either the 5km or 10km Totalsports Women’s Race runners and walkers in Johannesburg can look forward to a lively performance from South African hip hop record producer and musician, Anatii.  Capetonians will be treated to a spectacular performance by one of SA’s most prominent music producers and DJs, Sketchy Bongo.