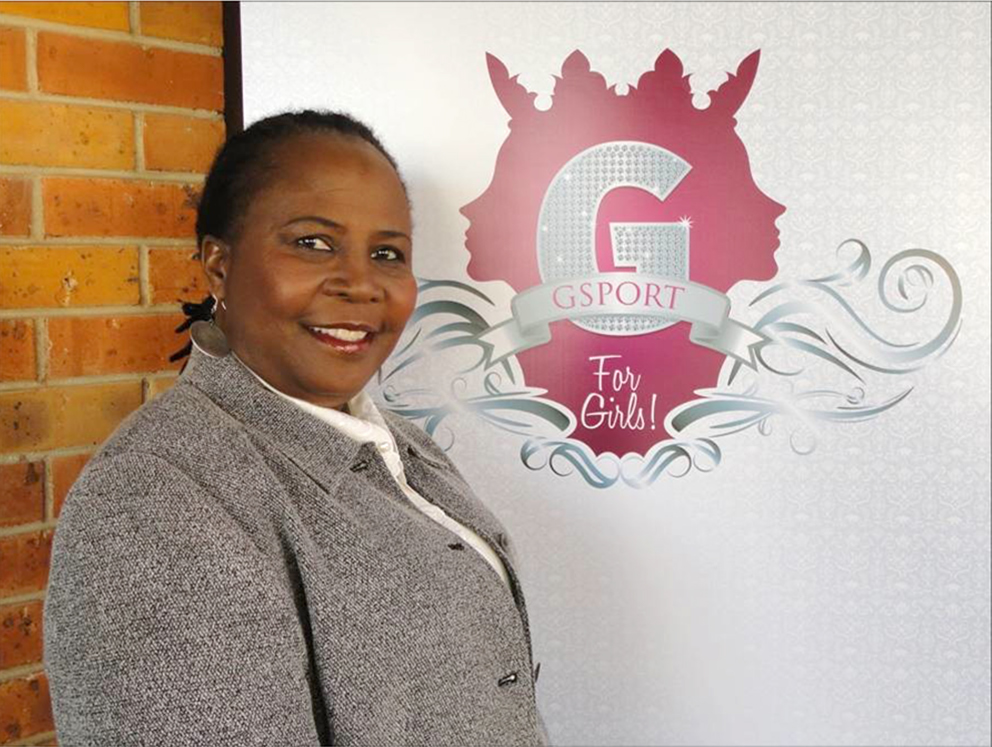 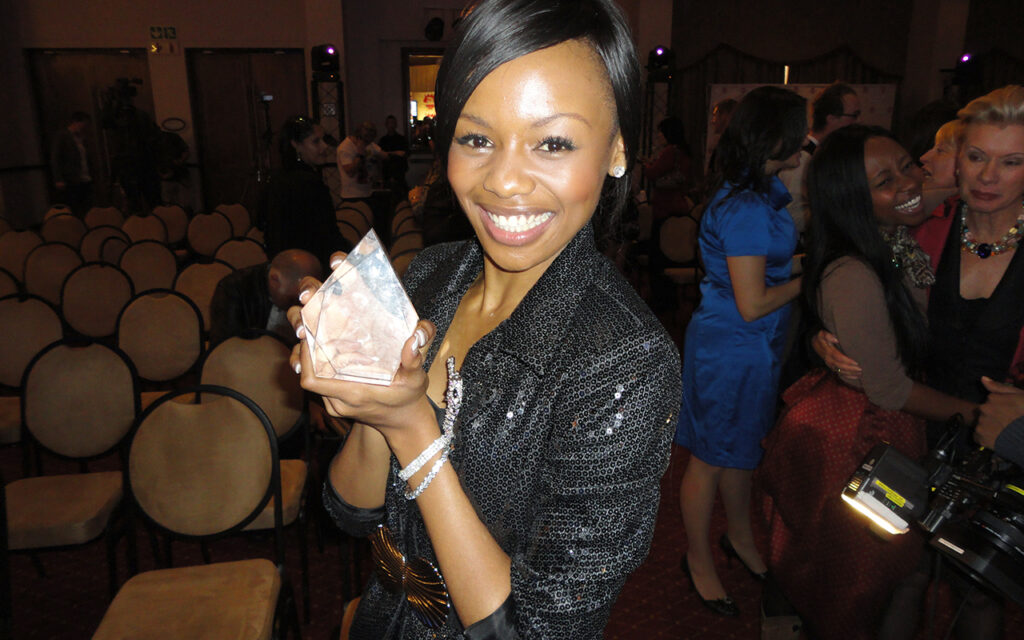 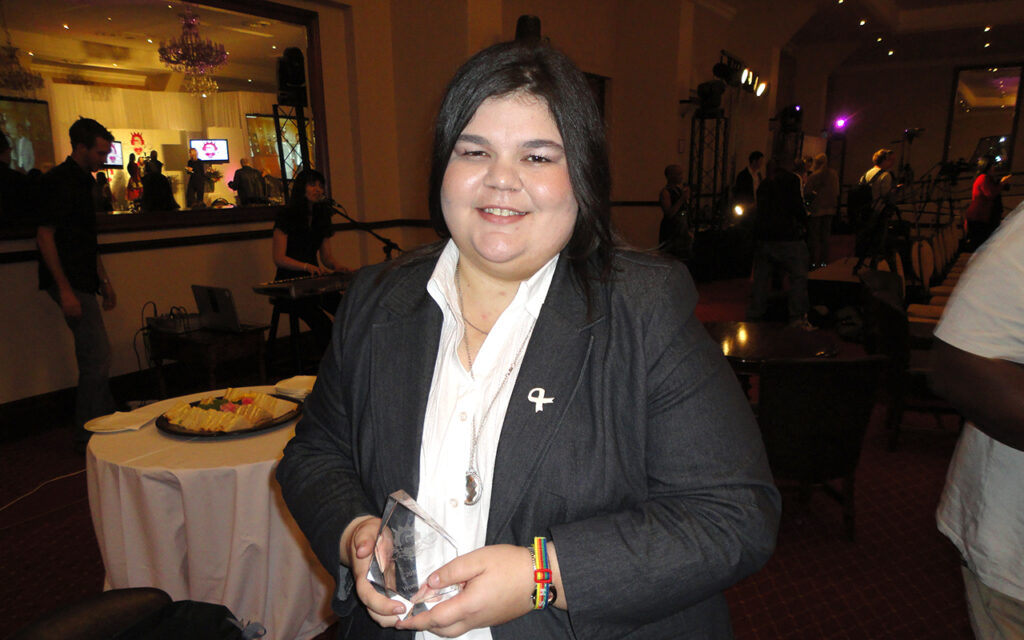 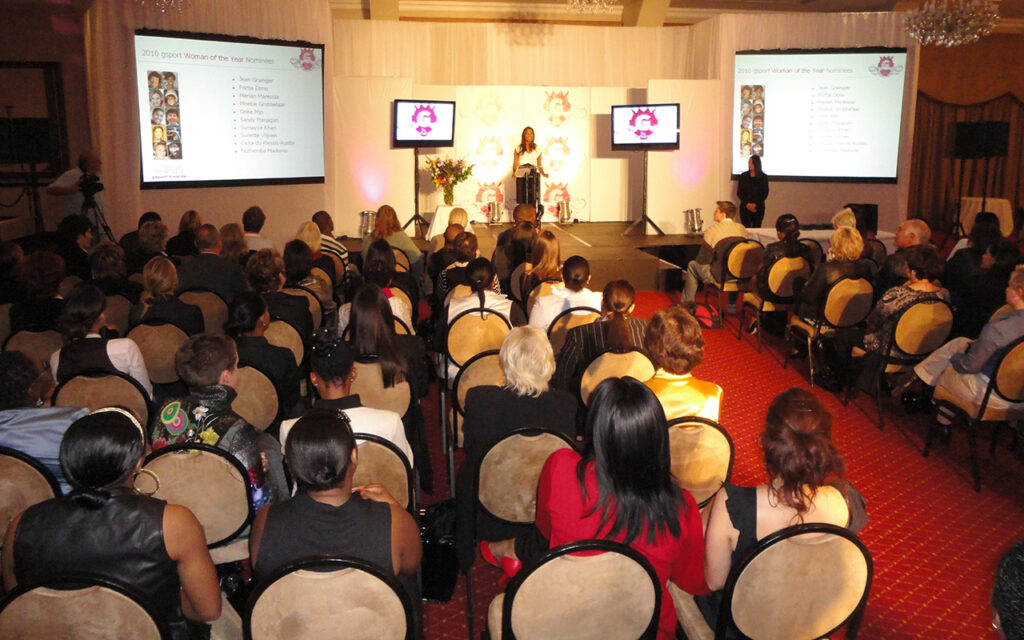 The cream of South African women’s sport gathered at the prestigious Wanderers Club on Tuesday, for the 5th Annual gsport Awards, an event held annually to laud the valuable contributions of individuals dedicated to the promotion of women’s sport in South Africa.

The highlight of the morning was the induction of community sports activist, Motlatsi Keikabile, into the gsport Hall of Fame. Mama Motlatsi, as she is affectionately known, received her cut-crystal trophy from Heyns, and said she was delighted with the award, which will further inspire her to continue giving back in the only way she knew how, through sport.

“I fell in love with sport at an early age, and I have always found myself in environments where sport is involved. It is an honour to contribute to the growth of sport in our country, and I thank the gsport… for Girls! initiative for this recognition during Women’s Month.”

Mama Motlatsi, who has given over 30 years of her life to the promotion of sport in South Africa, is heavily involved in athletics administration, as a technical manager for Athletics South Africa, and as President of Athletics North West North.

She also makes time to run two community sports clubs, athletics and netball, in a bid to give back, and contribute to the growth of sport in communities. Other major winners included Cricket South Africa’s (CSA) women’s cricket administrator, Sandy Flanagan, who walked away with the 2010 gsport Woman of the Year award.

Flanagan, who is tournament director of the National Under-19 Girls Cricket Week, has been developing cricket among boys and girls for over 30 years, and is especially passionate about promoting women’s cricket.

“I enjoy the passion of the youth and to see the growth of the game, especially among the girls. There is huge talent out there. I believe that we can beat the best with the right support.”

gsport Elite Judging Panel member, businesswoman and socialite, Uyanda Mbuli, who presented the Woman of the Year award to Flanagan, said: “Sandy received the most votes from the fans, and just from reading her story, you get a sense of her passion for sport, and her dedication to promoting women’s cricket. She thoroughly deserves this award.”

Motorsport enthusiast from Port Elizabeth’s Bay FM, Natalie le Clue, won the gsport Woman in Media award. Le Clue is s a 23 year-old radio sports presenter and F1 aficionado of the most dedicated vein, to the extent that her insights have installed herself as SA’s only female F1 columnist.

She currently works as a sports news and F1 feature presenter for Bay FM in Port Elizabeth, and also writes a sports opinion column for online news giant, Sport24.

“I never imagined I would end up on the path that I am today. I was studying Law when I realized that my heart lay somewhere else. Sport is my life. I sleep, eat and breath it ask anyone who knows me!”

gsport Elite Judging Panel member, Jane Bramley, who judged the gsport Woman in Media category, said: “I love Natalie’s passion, and I think she will go much further than a community radio station.  She is the all-rounder in the group and I like the fact that she writes as well as does radio work.”

TV and radio personality, Bonang Matheba walked off with the gsport Style Star award, which is presented to a woman who exudes confidence, style and elegance. Matheba describes her personal style as fun, quirky, current and extremely youthful!

“It’s a mixture of Rihanna, Keri Hilson with a drizzling of Bonang- I’m a huge accessories girl, I believe they can make, break and/or transform any ensemble! I cannot categorize my style, because I can move from an elegant red carpet look to a laid back ‘LA-boho’ look with ease!”

Surfer Rosy Hodge won the 2010 gSTAR award, for her efforts in flying the flag for South African sportswomen. Hodge got her Border surfing colours at the age of nine. In her first South African Championships, she entered in the boys’ division and came fourth in the Under-10 age group.

In her second senior SA champs, she shocked the establishment with a fourth place in the under-18 division at the age of nine.

Hodge missed the Awards due her participation at the US Open of Surfing in, and was not able to personally accept the award, but was represented by her parents, Wendy and Steve Hodge, who thanked everyone for the support shown to the talented young surfer.

2007 gsport Hall of Fame inductee, Hazel Gumede, who judged the gSTAR category, said she chose Hodge as the eventual winner, because she is a team player.

“Rosy is living proof that women can be treated equally to men. She is risking her life in dangerous waves. She is looking forward to getting involved in development when she retires. Most of all, she appreciate other people, who are successful in their sporting codes.”

Racing driver, Fabienne Lanz, who narrowly lost out to Hodge for the gSTAR award, won the Personal Account Writer award, which is presented to a woman in sport who has been able to use the written word to promote her personal brand.

The gsport Volunteer of the Year award went to 1GOAL, a wildly successful sports-leveraged initiative which sets laudable targets while projecting a strong focus on the upliftment of girls, and is volunteer-fuelled.

gsport Founder, Kass Naidoo, was overwhelmed by the turnout of top women in support of women’s sport: “The gsport Awards is a special occasion because it brings together influential women from all walks of life, who give off their morning to laud the progress of women’s sport.

“Congratulations to the nominees and the winners. Here is hoping that you make the best use of the media attention on you, as you promote your achievements and that of our sport.

“gsport is grateful for the support of our Awards partners, Rennies Travel, Big Five Duty Free and Clinique. gsport would also like to thank the Wanderers Club and Monster Party for their loyal support of the event.”

Picture 1 Caption: Motlatsi Keikabile, a community activist in women’s sport is unveiled as the 2010 gsport Hall of Fame inductee at the Wanderers Club in Illovo, Johannesburg, on Tuesday, 3 August, 2010. Photo: gsport