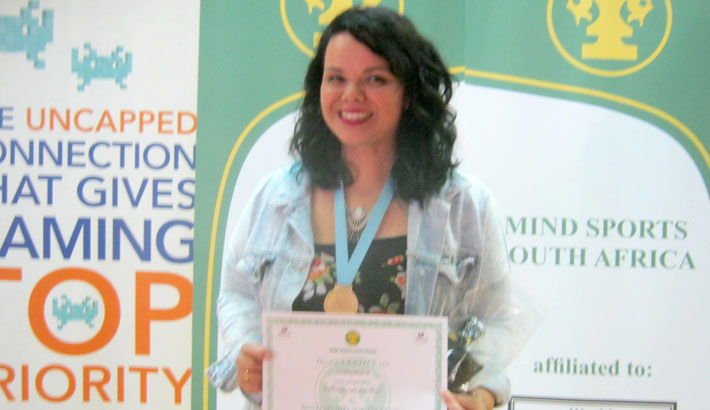 The MSSA shall send a player to participate in the 2015 edition of the Russian and Brazilian World Championships for the Brazilian and Russian variations of Draughts to be held in St Petersburg, Russia from 2 to 11 October 2015.

Well, the MSSA Management Board (ManCom) has sat and decided on its candidate for such World Championships.

The candidate is none other than the vivacious Fairmont High Educator, Ms Andrea Bosch.

Andrea already has Senior Western Cape Provincial Colours having won both the eSports game of Tekken Tag Tournament II, as well as for Brazilian Draughts without losing a game.

Andrea is too the first person from the Western Cape to officially represent South Africa in draughts.