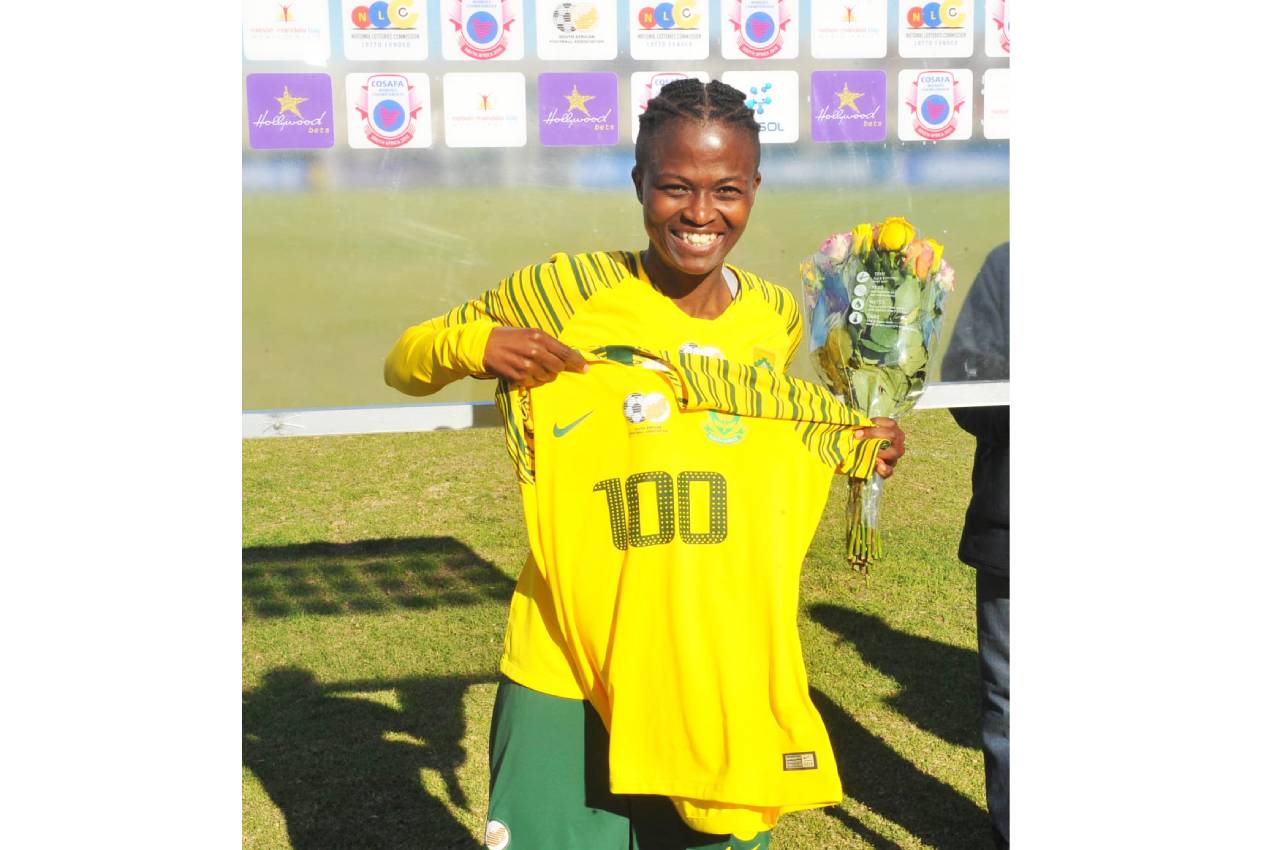 Banyana Banyana went into their final Group A match against Madagascar in the 2019 COSAFA Women’s Championship on a two-game winning streak in Port Elizabeth, but the ladies weren’t done as they continued with their dominance, walking out of Wolfson Stadium with a 3-0 victory on Monday afternoon.

Going into the match there was much to celebrate as midfielder, Mamello Makhabane received her 100th appearance for the national team and to make her day extra special, Ode Fulutudilu, opened the scoring for the South Africans in the ninth minute of the game.

The Desiree Ellis-led team dominated proceedings from the onset and captain, Refiloe Jane, who once again led the side after Janine van Wyk was ruled out due to injury, added to the scoreboard in the 38th minute to ensure that going into the halftime break they had a 2-0 lead under their wings.

Second Half Speciality from Makhabane Sealed the Win for Banyana

At the start of the second half, coach Ellis decided to go for a change in attack as midfielder, Noxolo Cesane made way for Hildah Magaia.

However, the spotlight drifted to Makhabane in the 76th minute of the game where her deflected shot saw the ball in the back of the net to celebrate her 100th appearance in style and secure Banyana their third consecutive victory.

At the end of the match, it was Lebohang Ramalepe who deservedly earned herself the Player of the Match award making her the third South African player to receive this accolade – Refiloe Jane v Comoros and Amanda Mthandi v Malawi.

Photo 1 Caption: Banyana Banyana’s Mamello Makhabane receiving her 100th appearance for the national team after the 3-0 victory against Madagascar in the 2019 COSAFA Women’s Championship Group A fixture in Port Elizabeth on Monday, 5 August, 2019. Photo: @Banyana_Banyana via Twitter.