On a visit to the High Performance Centre (HPC) in Pretoria last week, I called in on the national women’s soccer team to check in on their preparations for the African Women’s Championships in Nigeria later this month.

It was the first time I had met the Banyana Banyana squad, and I couldn’t help but be completely overwhelmed.

I’ve often heard about the incredible following they have in South Africa, but I’ve never really seen it in action.

What I experienced was evidence enough that they have a massive following.

Just about everyone who walked past the team greeted them so excitedly, spoke about soccer, and were genuinely glad to meet them.

It’s no wonder that a few years ago, Banyana Banyana were rated as one of the most popular sports teams in the country.

But women’s soccer has been in a downward spiral recently, and you’ve got to ask: Why are Banyana Banyana given so little support?

“SAFA should try harder to change this perception. They should dedicate equal respect to our women, just like they do to Bafana Bafana.

“People like Portia Modise have made South Africa proud and clearly have passion for the beautiful game,” Nkokou told gsport, “But they do not get the support they deserve, whether financially or via media coverage.

“SAFA should sit down and decide on the way forward because if they don’t do anything, talent and patriotism will be wasted.

“But my compliments go to women such as Fran Hilton-Smith and Nastasia Tsichlas, who have and still dedicate their time to ensuring that Banyana Banyana are given the exposure they get.”

Whenever I speak to South African Football Association CEO, Raymond Hack, he speaks passionately, and I’d like to believe, sincerely, about turning the women’s game around.

But like Nkokou has said, if its going to happen, it has to happen now.

Last week, Hack confirmed that a Professional women’s soccer league could be launched as soon as next year.

Hilton-Smith believes that finding a committed sponsor is crucial, if such a venture is to be no more cloud castles in the sky.

We need money for more than just accommodation, travel, and food. The professional league has to be a fully fledged programme, just like the PSL.

“The reality is we need to go professional, or we may as well not have women’s soccer in South Africa.”

But Hilton-Smith’s immediate focus is getting Banyana Banyana in shape for the African Women’s Soccer Championships in Nigeria later this month.

“Compared to the rest of Africa, our girls are petite, so we have to make them work hard in the gym to become stronger, something that’s been lacking in the last few years.”

Key sponsor Lotto pumps a significant amount of money into Hilton-Smith’s High Performance Academy in Pretoria, and makes it possible for 25 talented soccer players to live and train at the High Performance Centre, in addition to providing for their education.

Its programme likes these make us realise it isn’t impossible to support our national women’s team, nor is it a waste of time, as some may see it.

Still, while I was at the HPC, the focus returned to the African Women’s Championship, as the aim of the training camp held at the HPC from September 17-30 was to work on the players’ strength and conditioning.

Hilton-Smith has enlisted the services of the HPC’s top strength and conditioning coach, Steven Ball, who is putting the women through rigorous strength workouts, with captain Portia Modise leading the way.

Modise is an inspiration to watch. She is strong, determined, and passionate about leading her team.

She joined the national team in 2000 as a 17-year-old, and she craves the kind of change that will one day see Banyana Banyana play international friendlies against the likes of Germany and Brazil.

As I watched the support team work around the girls, I realized that the one person the team sure does have the support of, is their coach, former Bafana Bafana star, Augustine Makalakalane.

His passion for coaching and his sincere interest in wanting to help rebuild women’s soccer is inspirational.

I hope he remains with the team for a significant amount of time and given the necessary support, because everything points to his total dedication to the job.

There’s a strong feeling that with 2010 coming to South Africa, the South African Football Association will pull out all the stops to show the world that it embraces soccer at all levels.

Hey, if it takes 2010 to help turn women’s soccer around, I’m all for it. South Africa is going to benefit from our country hosting the next World Cup, and firmly believe that Banyana Banyana should be invited to the party.

But for now, Portia Modise and her team will concentrate on making South Africa proud at the African Women’s Championship, when the squad leaves for Nigeria on October 24.

Click here to read gsport Newsroom’s report on the team, as they were toughening up at the High Performance Centre. 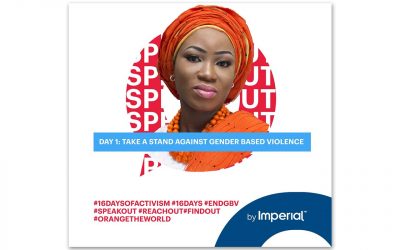 Imperial Standing Strong Together Against GBV

Imperial takes a firm stance against Gender Based Violence through sport, using the platform to drive awareness and address this critical issue ahead of 16 Days of Activism starting from 25 November 2021. 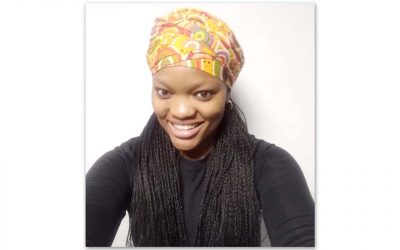 CSA U19 and Kaizer Chiefs Reserve team physiotherapist, Phumzile Ngobese’s greatest ambition is to own a physiotherapy practice where she can assist in improving the quality of life through movement and exercise.
#GoGirls