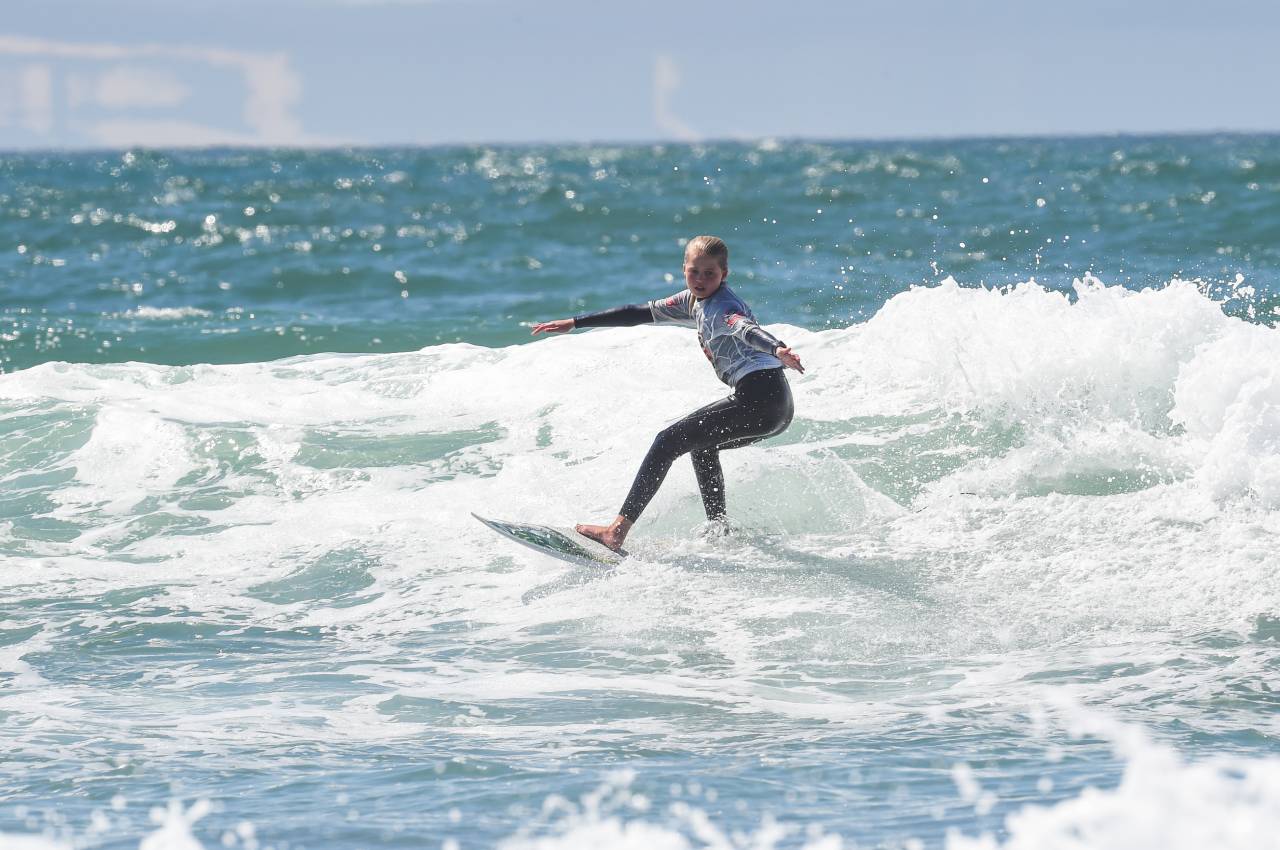 Surfers competing on Day Two of the of the 2019 Sea Harvest SA Junior Surfing Championships gave a sigh of relief when they were greeted with contestable two-three-foot Lower Point surf on Day Two of this Five-day event.

After enduring an opening day of strong onshore winds and rough surf, the vibe on the beach at this iconic surf spot on Day Two was mellow, just like the waves and the weather.

Round One of the U16 girls Division where all three heats were won by the 2019 National Junior Team members, Ceara Knight of Cape Town Surfriders, Zoe Steyn of Buffalo City Surfriders and Kayla Nogueira of eThekweni Surfriders.

Then it was the turn of the U14 Girls where Sarah Scott and Scarlette van Jaarsveldt of Cape Town Surfriders, Chloe Ribbink of eThekweni and Gemma Hannafey of Buffalo City won their first-round encounters.

The U12 Girls Division was the last of the Round One heats to be held. Meka Loots of Buffalo City and Anastasia Venter of Cape Winelands both won their way through to the Final in this Division.

Day Two was completed by several Round Two Repercharge heats. In the Repercharges competitors who did not progress directly to Round Three from Round One have a second chance to continue in the event.

All the details of the surfers who progressed from the first and second rounds are available on www.liveheats.com/surfingsouthafrica

Photo 1 Caption: Meka Loots of Buffalo won her way through to the Final in the U12 Girls Division at the 2019 Sea Harvest SA Junior Surfing Championships. Photo: Kody McGregor