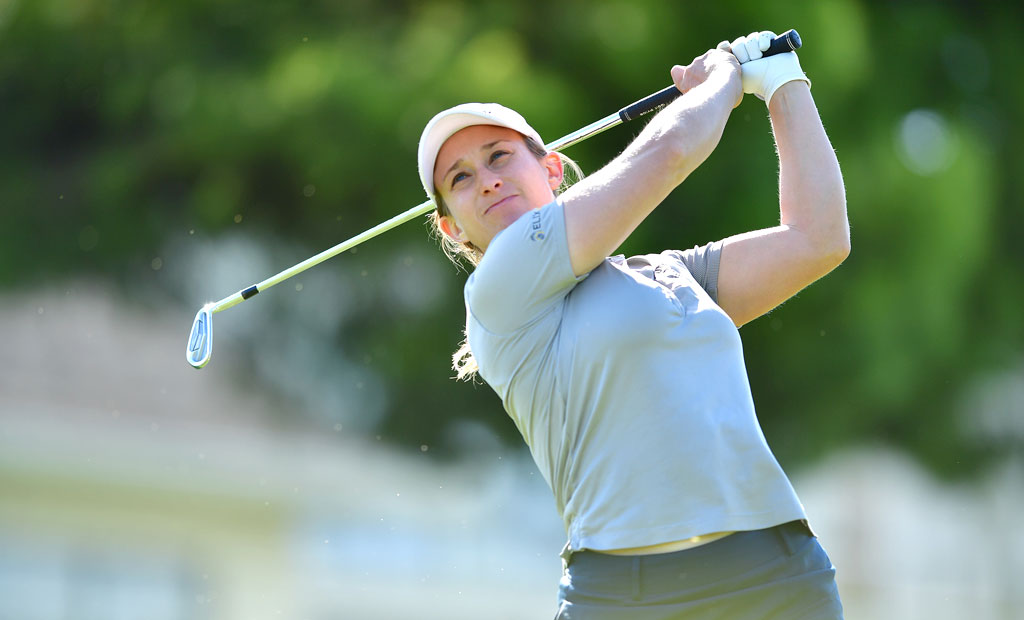 Given the wealth of knowledge she has accumulated in nine seasons on the Ladies European Tour, it is not surprising that Stacy Bregman would back herself in this week’s SA Women’s Masters.

What is unusual to hear is that the four-time Sunshine Ladies Tour winner thinks the newbies might steal the limelight in the R500 000 showpiece at Rondebosch Golf Club from 19-21 January.

“I definitely think one of the second season pros or the rookies can win this week,” said Bregman during the Mayor’s Pro-Am on Tuesday.

Bregman said it’s not even out of the question that an amateur could outplay everyone.

“Ashleigh Simon did it in 2006 and there is a lot of talent on the tour this year,” Bregman said.

“If you look back to last season, Lejan (Lewthwaite) finished second in the SA Women’s Open as an amateur. Carrie (Park) made her pro debut with a third place finish at San Lameer and went on to make the top 10 in the Chase to the Investec Cup for Ladies Final.

“Ivanna (Samu) gave us all a bit of scare when she led the Cape Town Ladies Open and she’s back this year as a pro. She had a number top 10 performances last season and she competed with Carrie and Lejan on the IGT Challenge Tour last year.

“They posted some impressive results against the men and all that experience is definitely going to pay off this season.

“More importantly, they won’t start with the fear and unfamiliarity as last year. It can be very intimidating when you go up against the top ranked players for the first time and quite often they push too hard. Carrie and Lejan cut their teeth on the Sunshine Ladies Tour last year and even Ivanna, who led the field in the Cape Town Ladies Open, will start with a lot more confidence.

“I think they can easily cause an upset or at least make things really interesting. It is so important to the development of their game to get a taste of this stage and to pit themselves against the pros, so it’s pretty awesome that we have so many amateurs playing this week.

“Who knows,” said Bregman, “All that advice we passed on to the youngsters in the last three years could come back to bite us!”

Taking the youngsters out of the equation, though, Bregman said she has brought a game to get the job done a second time in Cape Town.

“I needed time off at the end of last season to give my mind and body a chance to recover, but I was back at it just after the New Year,” she said.

“This is a huge week, because it’s the biggest purse of the season and it’s the SA Women’s Masters. Everyone wants to own this title, so I’ve spent a lot of time in the gym and working hard on my game, especially my short game, so hopefully it pays off for me this week.

“The strategy for Rondebosch is fairly simple. Keep the ball out of the trees and putt well.

“My ball-striking is always pretty consistent and the putter behaved nicely in the pro-am, so if I can put it all together hopefully I should have another good week in Cape Town.”