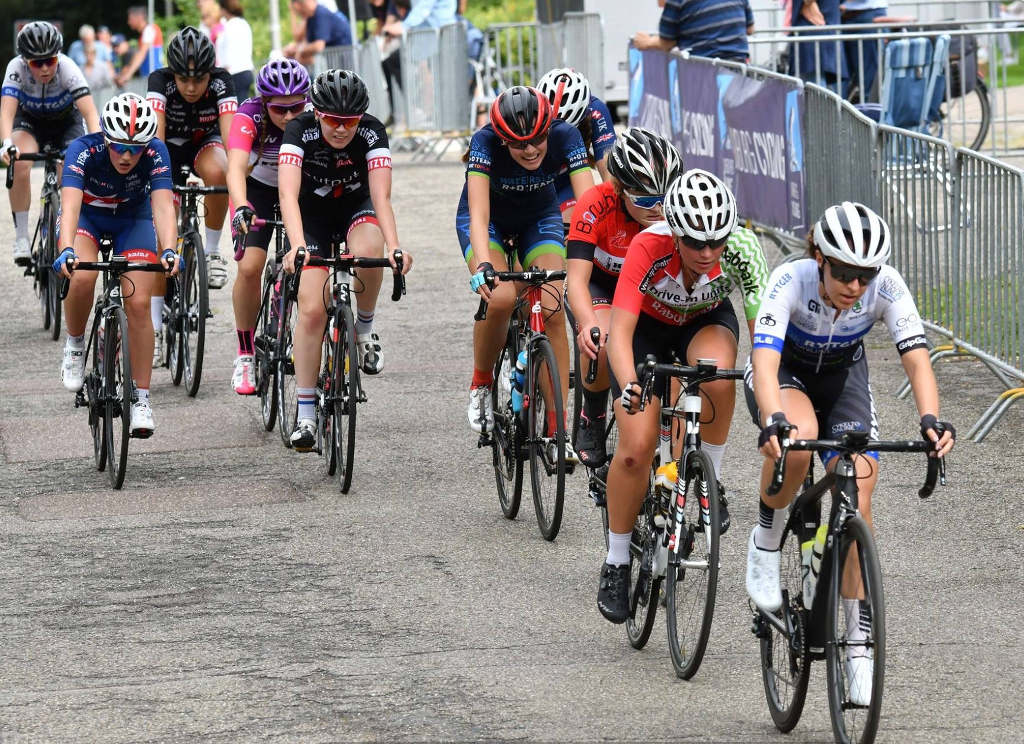 Britz to Draw on European Experience at World Cycling Champs

Promising South African cyclist Azulde Britz will hope to put the experience she recently gained racing in Europe to good use when she competes in the World Road Championships later this month.

The 17-year-old Pretoria schoolgirl has been included in the national squad for the world event which takes place in Innsbruck, Austria, from September 23 to 27.

Britz, who has a role as an ambassador for South African cycling distribution company Positive Sports Solutions, returned this week from a trip to Europe where she competed in the Watersley Junior Women’s Challenge in the Netherlands.

“In April I rode as a guest rider for Team Rytger [a Danish outfit],” said the Cornwall Hill College matric pupil. “We stayed in contact during the year and I was invited back to guest-ride for them in the Watersley Challenge.

“I have experienced some hectic racing in Europe to say the least, but it has been totally worth it.

“I have learnt so much racing with the team and also the dynamics of European racing. The girls race hard, fast and aggressively.

“I am beyond lucky to have experienced all of this and to be able to race with such an incredible team.”

Britz, who lives in Irene, said one of the key lessons she had learnt was to have self-belief – in her ability and her training.

“In addition, I realised that I can be competitive in Europe and with time and more experience anything is possible.

“Having raced on the continent has helped me prepare for the world champs, not just physically, but mentally as well.

“The experience will be greatly beneficial at the worlds, especially as the majority of the riders used the Watersley Challenge [over three stages] as final preparation for the event in Austria, so I have an idea what to expect.”

Representing South Africa for the first time, Britz said she wanted to make sure she enjoyed every moment of the experience.

“My goal is to give it everything I have. I would like to apply all that I have learnt through the years and from my European racing.

“The main thing is to stay focused on the race and on the goals I have set for myself. I will remain confident and believe in myself and the time I have put into getting myself to this level.”

The teenager added that her ambassador role with Positive Sports Solutions had helped her place a much more intense focus on her cycling career this year.

“They have helped me to experience European racing and have supported me fully – I am super thankful for that,” said Britz. “This arrangement has really made me believe in myself more and not stand back for any challenges.

“In addition to the incredible support system they have given me, they have provided an environment in which I can blossom and really excel.

“They have also given me amazing opportunities and the access to top-class products.”