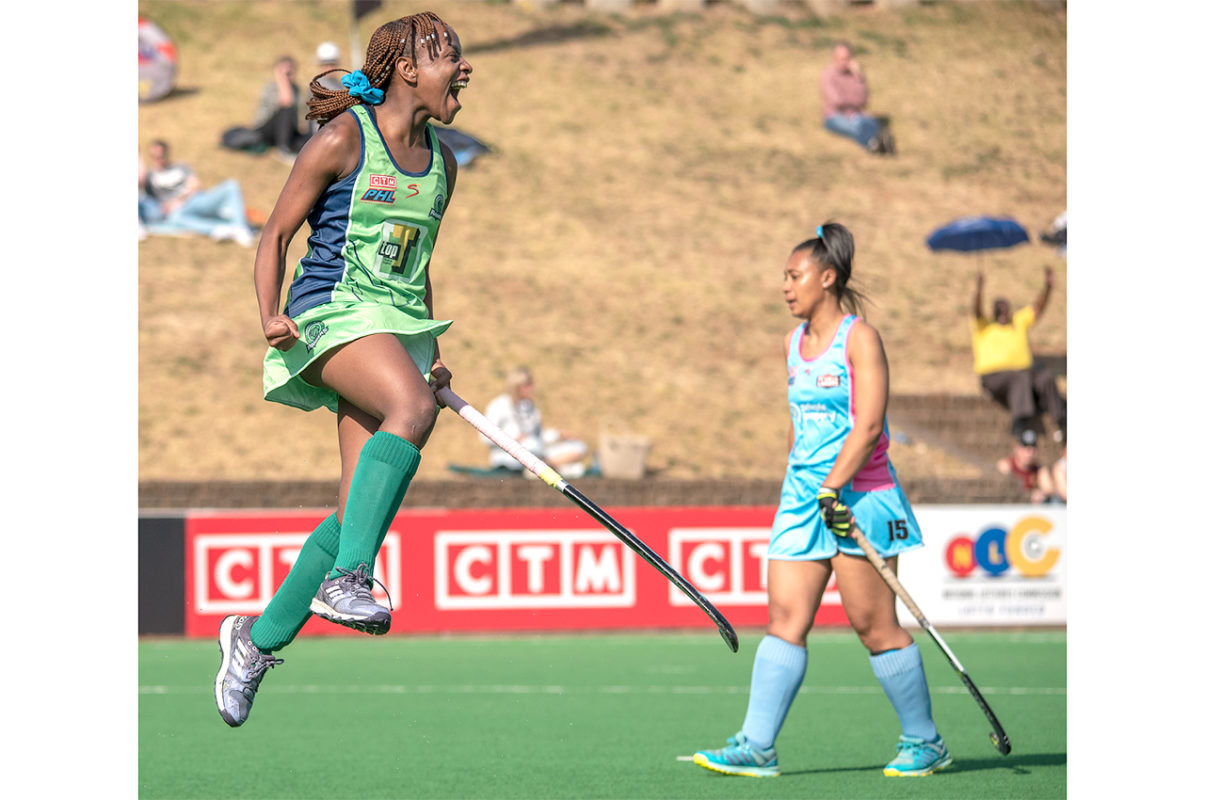 The Blyde River Bunters faced the gauntlet on Saturday and emerged the other side with their title defence still alive. It took only seconds to get the first goal of the tournament for the Bunters as the Namaqualand Daisies afforded Celia Evans too much space.

The 2016 SA Hockey Player of the Year surged into the D and fired in a shot that was deflected home off a Daisies defender stick. It got better for the Bunters when a penalty corner variation landed at the stick of Izelle Verster who made no mistake.

It looked like a formality for the Bunters to record their first win but then began the Bianca Wood show. The youngster who made her national debut earlier this year against Namibia produced a sensational solo run and finish to pull one goal back for the Bunters.

The goal brought back memories of the goal of the tournament by Simone Gouws in the first PHL. Wood then made it 2-2 when she was on the end of superb work by Thati Segoale to glance the ball home past Phumelela Mbande.

With the game heading into a shootout, Celia Evans grabbed it by the scruff of the neck and drove into the D before firing in a shot from an acute angle with just 16 seconds left on the clock. The Bunters tournament is still alive.

The St. Lucia Lakers were looking to secure their own semi-final spot when they took on the Madikwe Rangers, but it was Sandile Bosman’s team that were smiling at the end of the four quarters. The Rangers knew a defeat would leave their tournament hopes in tatters and spurred on by that, and her national squad selection, Nomnikelo “Nicky” Veto produced a player of the match performance in guiding the Rangers home. She netted twice once through a superb solo strike and a second through a deft touch after a great Lisa Deetlefs pass.

The Lakers though fought back and got on the scoresheet when Megan Anderson bundled home at a penalty corner to give the game life, but the Rangers were good value for their lead and let the clock run down and secured a much-needed win.

The Rangers will play the Wings tomorrow, while the Lakers take on the Bunters. Both aware that a slip up could allow the Daisies or Bunters to usurp them into the semi-finals.

Photo 1 Caption: Nomnikelo Veto celebrates her second goal for the Madikwe Rangers at the CTM Premier Hockey League at Randburg Astro after a 2-1 victory against St. Lucia Lakers, on Saturday, 27 July, 2019. Photo: Supplied