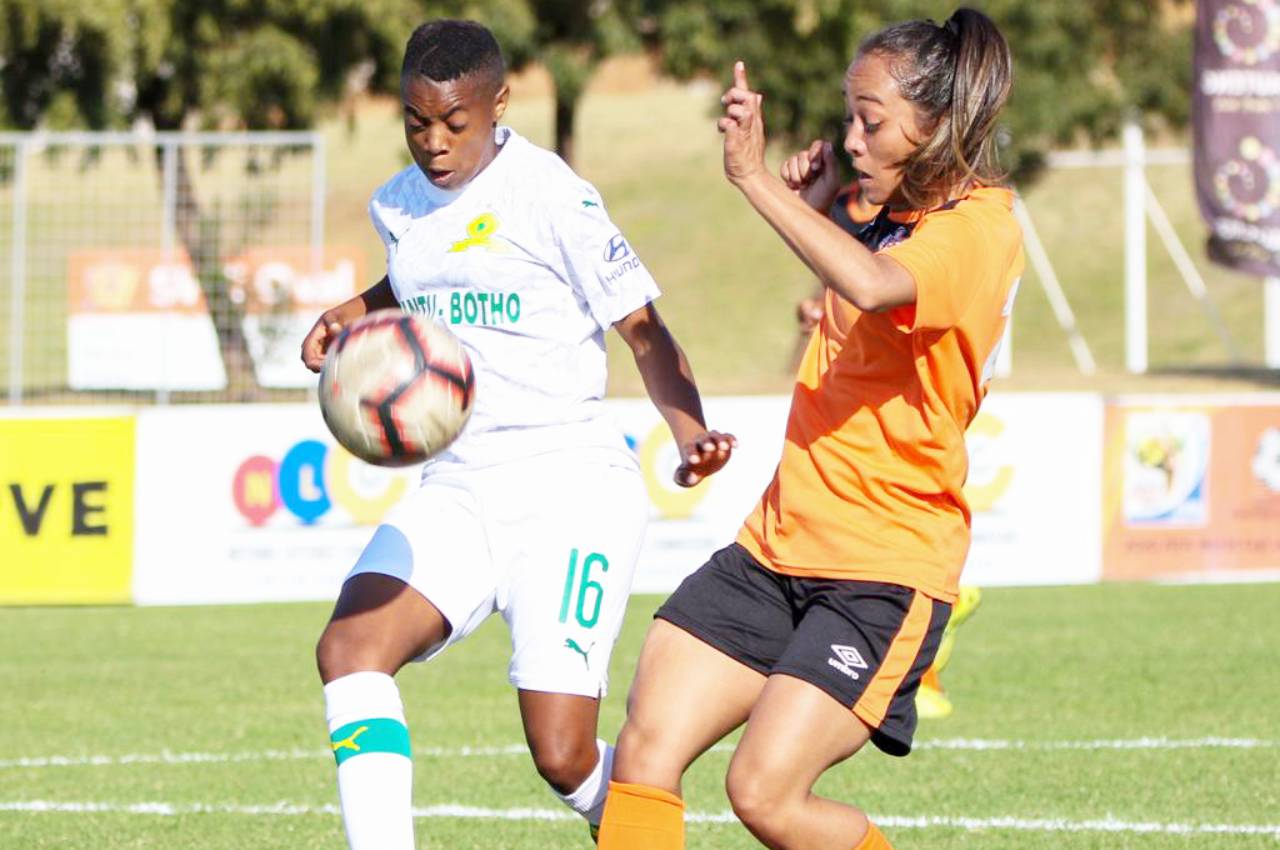 Players in the SAFA Women’s National League made their voices heard when they joined millions around the country saying enough is enough to the violent protests that have gripped the country and the recent spate of women and children abuse.

Before all six matches this past weekend, the teams held up banners written South African Football Association rejects #criminal looting and #xenophobia as well as another one that said SAFA Says no to Women and Children Abuse.

As the second round of matches of the newly-launched Women’s National League began, it proved to be a success yet again as on the field of play, Lelona Daweti was the star of the show when she scored a hattrick to help her side Mamelodi Sundowns Ladies to a 3-0 victory over hosts, the University of Johannesburg on Sunday, 8 September.

Earlier in the day, University of Western Cape were held to a 1-1 draw by Golden Ladies from North West, whilst Richmond Ladies registered their first win of the season when they defeated Tsunami Queens 2-1.

But the biggest winners this weekend were Bloemfontein Celtic Ladies, who beat Durban Ladies 6-0 on Saturday, 7 September. Celtic now sit third on the log table following their drawn in the first match of the newly launched league. Also, on Saturday, Tshwane University of Technology (TUT) came from behind to win 5-2 against Thunderbirds Ladies, while Coal City Wizards and First Touch Academy shared the spoils with a 2-2 draw.

Sundowns’ win sees them top of the 12-team table after two rounds of matches. They are tied on six points each with neighbours TUT, but the former has a better goal difference. Third is Celtic who have amassed four points – level with Golden Ladies and Coal City Wizards who are fourth and fifth, respectively. Tsunami Queens complete the top six, with three points.

Six teams are yet to lose a game – Sundowns, TUT, Celtic, Golden Ladies, Coal City Wizards and UWC. University of Johannesburg, Thunderbirds Ladies as well as Durban Ladies are still in search of their first points of the season. Sundowns are the biggest scorers with 10 points in two matches, followed by TUT with nine strikes. Celtic is third with six. Only Sundowns and Celtic have kept a clean sheet.

Thunderbirds Ladies, Richmond Ladies, Durban Ladies and First Touch Academy have porous defences as they have conceded nine, eight, seven and six goals each in two games. Durban Ladies are bottom of the table.

The next round of matches will take place in Limpopo on the weekend of Saturday 14 & Sunday 15 September.

Photo 1 Caption: The SAFA Women’s National League second round of fixtures took place at the University of Johannesburg Soweto Campus from Saturday, 7 September and ended on Sunday on a high with Mamelodi Sundowns beating the hosts, 3-0. Photo: @SAFA_net on Twitter 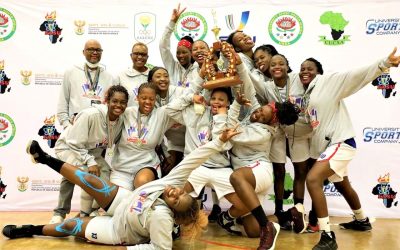 VUT blazed to a 65-49 win over TUKS to win the 2021 USSA Women’s Basketball title at the USSA National Champs and claim their 11th title. #GoGirls #MondayMotivation