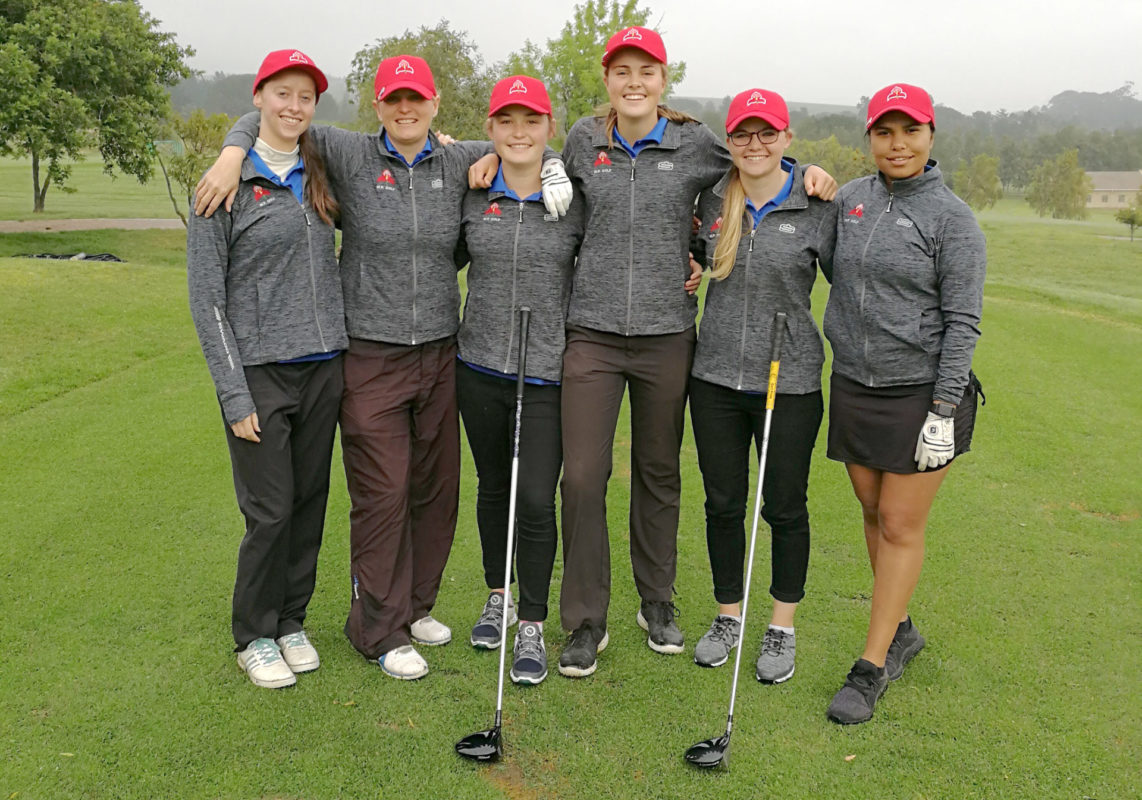 Western Province made a winning start to their title defence in the 58th SA Women’s Inter-Provincial Championship with a convincing performance in Tuesday’s Seeding Round.

The morning foursomes teed off in little more than a gentle breeze at Devonvale Golf and Wine Estate.

“Our strategy has always been to recognise the individual skills of our players and to let them determine their own score,” said team manager Anne Roos.

“Our goal for day was to win the seeding so we could start the match play stage in a position of strength. Conditions worsened after the foursomes and I instructed the players to play to their strength and to put together the best possible team score on the day.”

The South-westerly quickly escalated to a 3-club wind in the afternoon, but as the bulk of the field battled to navigate the strong gale, the Western Province pack demonstrated fantastic patience and skill on the fast greens.

Williams chipped in for birdie at 18 to lead the side with an even-par 72 in the singles. Rothman signed for 75, Fredericks and Vicki Traut registered 78s and Erasmus returned a 79 to guarantee a 12 shot victory on 31-over-par 535 for the 2017 champions.

“We really wanted to show the rest of the field that we mean business and that we intend to defend our title,” – Western Province captain Kaylah Williams.

“It was really tough out there. You needed extreme patience with the tight fairways and the fast greens and a strong short game was key in those conditions. That was our strength today.”

Meanwhile Mpumalanga also had reason to celebrate after beating Border by one shot to top the B-Division standings.

Nicola Schoeman and Petrone Rudolph posted 86 and Chante Boonstra and Patrizia Lombard 89 in the foursomes to put Mpumalanga in the driver’s seat on 175. The side led by one shot from Border and started the singles two shots clear of Free State and three shots ahead of Western Province B.

Rudolph led the way in the singles with an 82.

Boonstra carded 84 and Schoeman returned an 85 to secure victory for Mpumalanga on 426. The Nolan Karp Trophy winners will contest the battle for promotion against Border, Free State and Western Province B.

Former B-Division champions Border finished a narrow second on 427, Free State placed third on 436 and Western Province secured the final spot in the Top Draw on 440.

Eastern Province, North West, Northern Cape and Limpopo will go head-to-head in the Bottom Draw of the match play stage, will be contested over three rounds from 3-5 October.

Photo 1 caption: Western Province A made a brilliant start to their title defence in the 58th SA Women’s Inter-Provincial with a runaway victory in the Seeding Round at Devonvale Golf and Wine Estate on Tuesday. The team is (from left) Katia Schaff, Vicki Traut, Jordan Rothman, Kaylah Williams (captain), Kelly Erasmus and Zayb Fredericks. Photo: GolfRSA