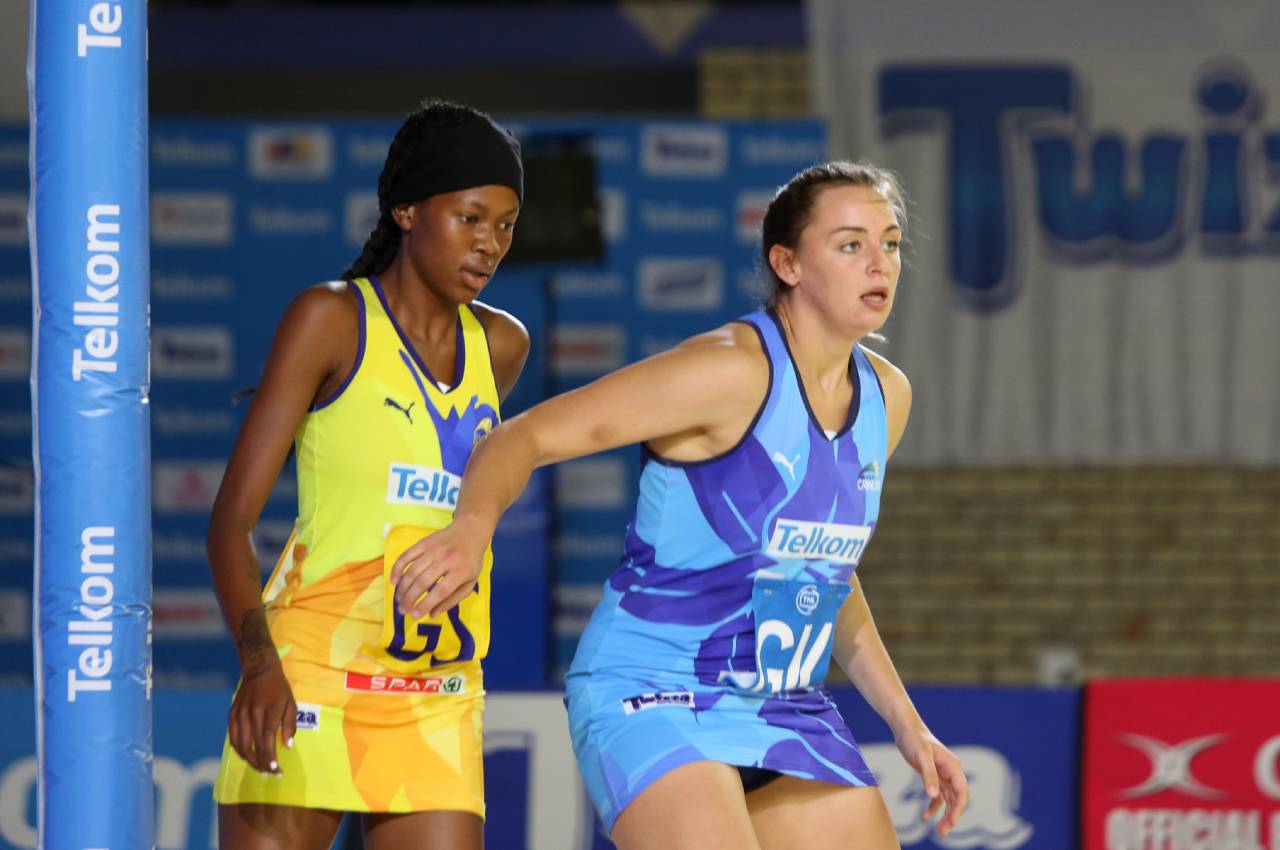 The Golden Fireballs and the Free State Crinums locked horns this morning in a very scintillating game, both in search of a vital victory but it was the Crinums who were successful at the end with a 40-38 win. Both teams attacking side were on par making sure the ball gets to their respective shooting circles safely.

Fireballs goal attack Renske Stoltz was sublime with her multiple long-range shots and so was Crinums goal attack Lefebre Rademan who displayed player of the match performance.

The Gauteng team lost the game in the last three minutes of the game after two consecutive bad feeds from Bongiwe Msomi and Rome Joubert to Stoltz which the Crinums used to their advantage.

Fireballs coach Dumisani Chauke says her girls played their hearts out on court, “We came here with 11 players and we knew that some of our youngsters had to step up. Hats off to them. They came on and it was a high-pressure game which they were able to absorb. There was a bit of fatigue towards the end both mentally and physically and lack of experience creeping hence we could not finish strong, but I applaud the girls.’’

Meanwhile, Crinums coach Burta de Kock was fully prepared for this game, ‘’We prepared very well because we knew that they going to come hard. They are a unit with a lot of experience in the mid-court. Even with all their injuries they still have brilliant players on the bench. The focus was to keep the ball in hand and let it flow and turn one ball per quarter.’’

In Division B, The Western Cape Tornados extended their lead at the top of the log after beating the Limpopo Baobabs 34-30 in their second last round robin game. The Baobabs have struggled to finish top in their last two games even with their competitiveness. The Baobabs will play against the Eastern Cape Aloes tomorrow and the Tornados will face the Kingdom Queens at 7pm.

The resurgence of the North West Flames has not had any positive impact on the log even after winning three of their matches in round two. Today, the Flames won their fourth game in total against the Kingdom Stars but remain fifth on the standings. The final score was 48-30 to the North West side and it look likes like Stars are one game away from re-writing last year’s Fireballs story in the top Division.

The Northern Cape Diamonds moved one spot up the log in Division B following their 42-37 victory over the Eastern Cape Aloes. The Diamonds fought from the word go subsequently leading every quarter and playing basic netball.

Aloes coach Sameshia Esau also did not make things easy for her players making multiple changes at one go which the players struggled to adjust to.

At 5pm, the Gauteng Jaguars dominated the Southern Stings and beat them 38-32.

The Stings found it challenging to break the Jaguars defence in every third and the defending champion’s aggressive attack led by center- Marlize De Bruin and wing attack Izette Griesel also did not help either.

However, the introduction of Stings goal attack, Nichole Taljaard in the fourth quarter switched things up a bit and the Western Cape side were able to close the gap by three goals at some point.

The Stings now need to beat the Golden Fireballs tomorrow to avoid meeting the Jaguars in the semi-finals. Stings coach, Annelie Lucas seems like she has run out of ideas, ‘’At the end of the day, we have tried everything. It does not matter if I put Nichole on or if I start with Helene, they make the same mistakes in that circle and we that needs to stop.’’

In the last fixture of the day, the Mpumalanga Sunbirds defeated the Kingdom Queens 45 -34. The Sunbirds won all five of their matches in round one, but the team has been plagued by injury which has affected their performance in the last four games, only managing to win one game.

The Sunbirds are now second on the log with 12 points and the Queens will remain fourth in Division B with eight points despite today’s loss.