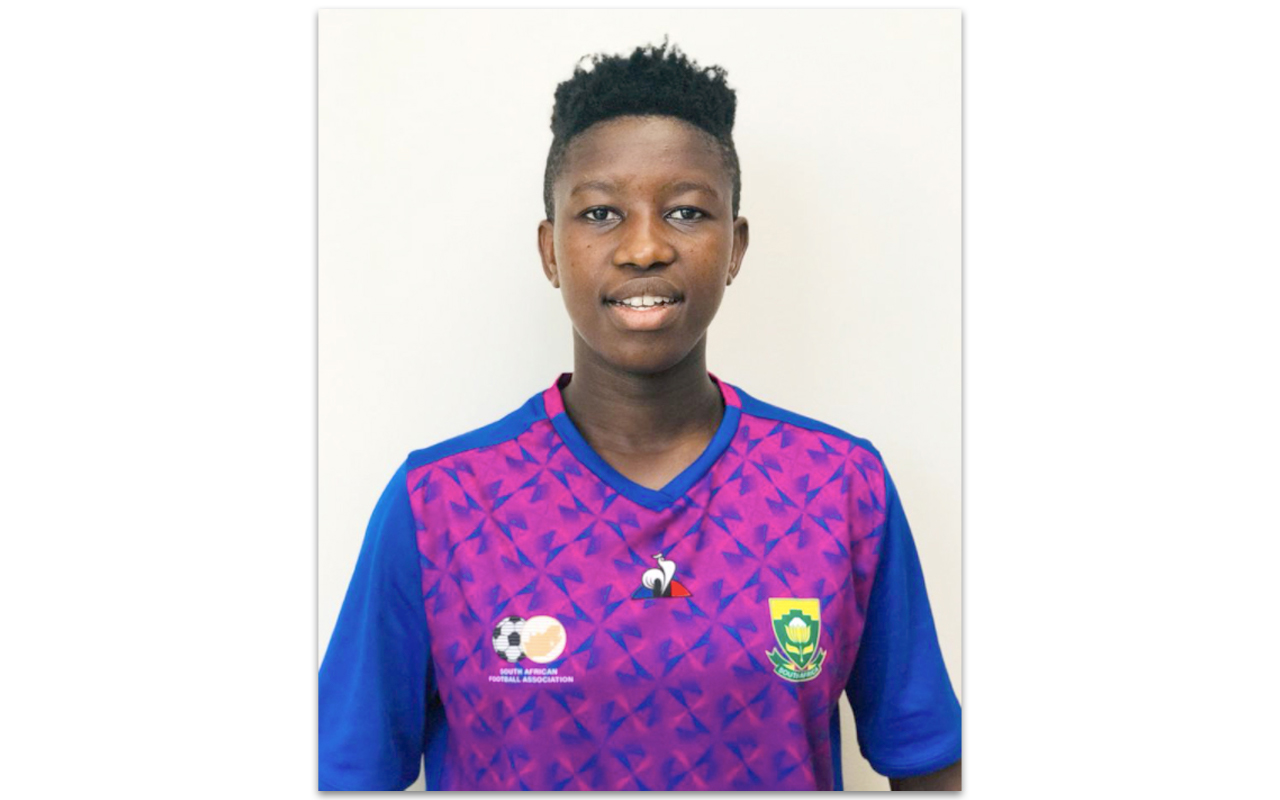 Banyana Banyana’s rising star footballer, Sibulele Holweni, is well on her way to achieving her dream of earning a professional contract after a stellar performance at the 2020 COSAFA Women’s Championship.

The 19-year-old walked away with the Golden Boot award as she led the scoring charts throughout the tournament and assisted the national women’s football team to their fourth consecutive title.

In May 2019, Holweni made her debut for the senior team in the heart of the midfield in a match against the USA and has since become a key player in head coach Desiree Ellis’ squad.

Speaking with Celine Abrahams, Holweni chats about her passion for the game and reveals footballers who inspire her.

Msawawa, thank you for chatting to us! First up, congratulations on winning the Golden Boot Award at the 2020 COSAFA Women’s Championship. Personally, what did you think of your performances during the tournament?

Thank you! There’s always room for improvement. Getting that golden boot was one of my goals that I achieved. During the tournament, as a team we didn’t settle but strived to be better in every game and that was also a motivation for me to up my game.

What areas of your game do you think you still need to improve on?

There’s still a lot to learn and improve and I’m so excited about that. To be specific, I play in more than two positions on the field, so that means that there is a lot to improve on because different positions demand different techniques.

Head coach Desiree Ellis assembled a youthful squad for this year’s installment of the competition. What do you think of the talent that came through and how this will help the national women’s senior team in future?

I believe that this says a lot about women’s football in general in South Africa. It means women’s football is growing in a positive manner. Each and every staff member and players gave their best and that’s why we were able to get the gold medal at the end of the tournament. This is a positive sign for the future of our national team.

What drives your passion to continue to best version of yourself on the football field?

I really think it is the love and the story behind the scenes that drives me. Also, the respect I have for the game, wanting to learn, improve and the will to never be complacent.

Growing up, did you see yourself becoming a soccer player one day and taking it as a professional career path?

Yes I did and I think there are more young girls now who are seeing that it is possible to become a professional soccer player because of others who have led the way.

What other career interests do you have?

It gives hope and it means we are moving in the right direction because these players that I’ve been with at the High-Performance Centre, played against in the same league and others that I’ve met in the national team, now have professional contracts.

I think every player needs to be patient because their time is coming as well.

As a young player looking to make an impact in the game, which female footballers inspire you?

There’s a lot of them because they have set standards and records. Also, many of them have different traits that I try to emulate into my own life and game. The likes of Portia Modise, Mamello Makhabane, Kholosa Biyana, Linda Motlhlalo, Megan Rapinoe, honestly, the list can go on…

What are some of your highlights in your career so far?

What are you hoping to achieve in your career?

There’s a lot but I would really like to get a professional contract.

Image Caption: Chatting after winning the Golden Boot award at the 2020 COSAFA Women’s Championship, Sibulele Holweni is on her way to achieving her dream of earning a professional contract. Photo: Supplied