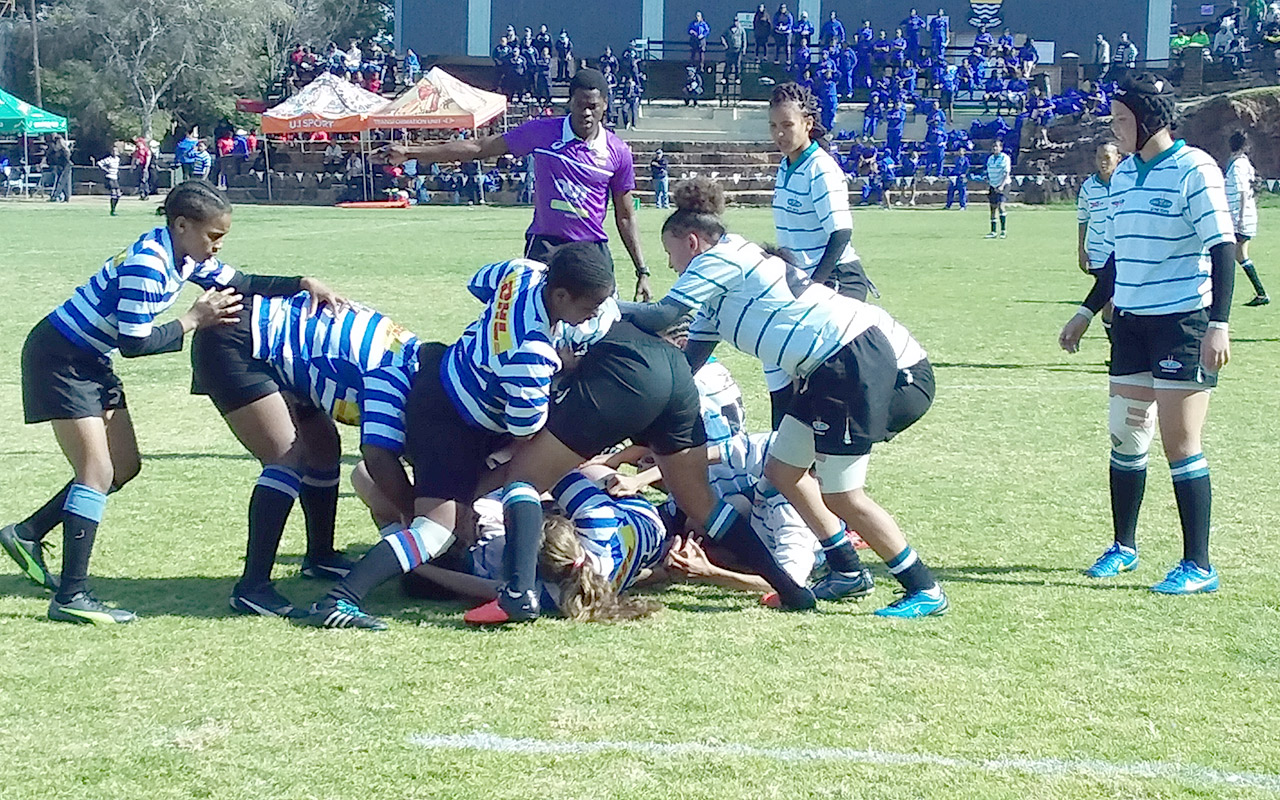 The competition at the SA Rugby Girls U16 Week intensified at Jeppe High School in Johannesburg on Tuesday in a thrilling day’s play as Western Province, Eastern Province, Limpopo and the Pumas registered their second round of victories to remain unbeaten going into Friday’s final round.

After the SA Rugby Girls Week was kicked off by the U18s in an action-packed note on Tuesday, the U16 action was typified by the tight tussle between Western Province and the Blue Bulls, with both teams giving everything on attack and defence, and in the end a late try sealed the 24-19 victory for the Capetonians.

Western Province built up a 12-0 lead early on thanks to their balanced showing between the forwards and backs, but the Pretoria side showed their fighting spirit, which saw the scores level at 19-19 with minutes to play. The Cape side, however, snuck in for a try in the corner in the dying minutes to take the spoils.

The Sharks were on form from the outset against Boland as they stuck to their structures, while showing patience on attack and commitment on defence, which earned them a convincing 32-0 victory. The KwaZulu-Natalians ran in four first-half tries for a 22-0 lead and then built on this in the second half to add two more to increase their tally to six, while they shut out the Western Cape side completely on defence.

The Pumas delivered a solid performance all around for their 52-5 victory against the Free State, with their determined attack earning them eight tries, while they leaked only one. The game was particularly memorable for Siphesihle Masango, who scored a hat-trick, and Nontokozo Nkosi, whose try and six conversions earned her a personal tally of 17 points.

Limpopo were in fine form against SWD as they did well to break through tackles and force their way over the advantage line, which they backed up with solid support play, and this paid off as they scored six tries to three by the George outfit for their 32-15 victory, with Tshepiso Lesudi touching down twice.

The clash between Eastern Province and Border was hard-fought as the teams were closely matched on attack and defence, which resulted in each side scoring only one try. A penalty goal by Eastern Province’s Byrhandre Dolf proved to be the difference on the scoreboard, which steered them to their second win of the tournament.

Border CD ran riot on attack against the Griffons to earn their first win as they retained possession and applied constant pressure, and it paid off with a rewarding 55-0 victory. Their superior attack and ability to round off their chances earned them an impressive nine tries, with Sinobom Mlungweni earning a brace, while Sinesipho Maliwa scored one try and kicked five conversions.

Western Province B also gave a solid account of themselves after going down in the opening round, as they outplayed Griquas 34-7 thanks to their good interplay between the forwards and backs and their speed out wide. Their quality attack earned them six tries, two of which were scored by Camelitha Malone who also kicked two conversions for her 14 points.

Hosts, the Golden Lions, also earned their first win of the competition as they made the most of the pressure they applied on attack against the Leopards to touch down three times, while they backed this up with solid defence for a 17-0 win. Mardiya Usman scored two of their three tries, which earned her the player of the match award.

The U18 girls will take to the field on Thursday as their U16 counterparts rest before the final day’s play on Friday, while the Learners with Special Education Needs (LSEN) Week will conclude at the Isak Steyl Stadium in Vanderbijlpark on Thursday, where hosts, the Valke, and DHL Western Province will battle it out in the final game.

Photo 1 caption: Western Province B taking on Griquas in the SA Rugby Girls U16 Week, at Jeppe High School on Wednesday, 27 June, 2018. WP B’s success was attributed to their good interplay between the forwards and backs, and their speed out wide. Their quality attack earned them six tries, two of which were scored by Camelitha Malone who also kicked two conversions for her 14 points. Photo: Supplied