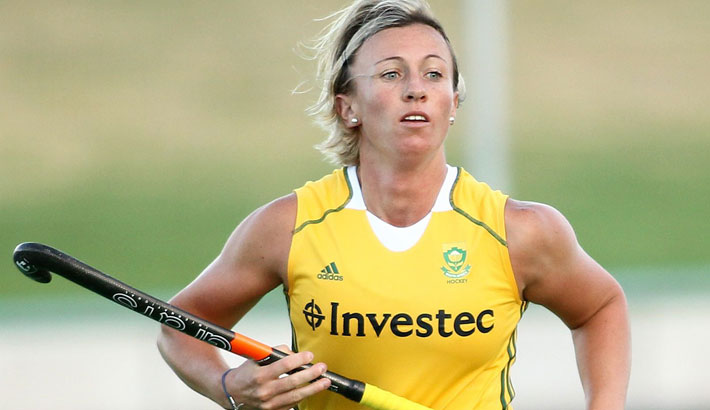 South Africa’s national hockey team is gearing up for the last week of training ahead of the World Cup in The Hague which starts on 31 May, and is busy with training matches and focused training sessions.

“The training and preparation is going to plan and our processes are on track,” Investec South Africa women’s hockey team logistics planner and goalkeeper coach Sheldon Rostron said Thursday.

“We still have some more trainings coming up and it’s important that we get time on the stadium pitches, so that we get used to the new surface and environment,” said Rostron.

To this end the SA women, who have moved into the tournament hotel, were due to train at the 15 000-seater stadium pitch as well as the 5 000-capacity alternate pitch, where the World Cup matches will take place.

The squad has been in training in Holland since mid-May, and head coach Giles Bonnet’s SA ladies are playing training matches in the build-up against the likes of double Olympic champions Holland, as well as New Zealand (12.30pm Friday) and Korea (2.30pm Sunday) and Italy (9am May 29).

“Regarding the training game [against Holland on Wednesday night], we achieved some important goals for the match, and were quite satisfied with our second-half performance, especially on key focus points in defence, structures and creating opportunities,” said Rostron.

Roston said Tarryn Bright was outstanding in the midfield, and the collective effort of the defence and goalkeepers Sanani Mangisa and Anelle van Deventer was also impressive.

“We feel happy with our ability to match their speed and strength and this gives us a lot of confidence. There are still some things to tighten up but on the whole our focus will be on areas in our structure as well as tactically.”