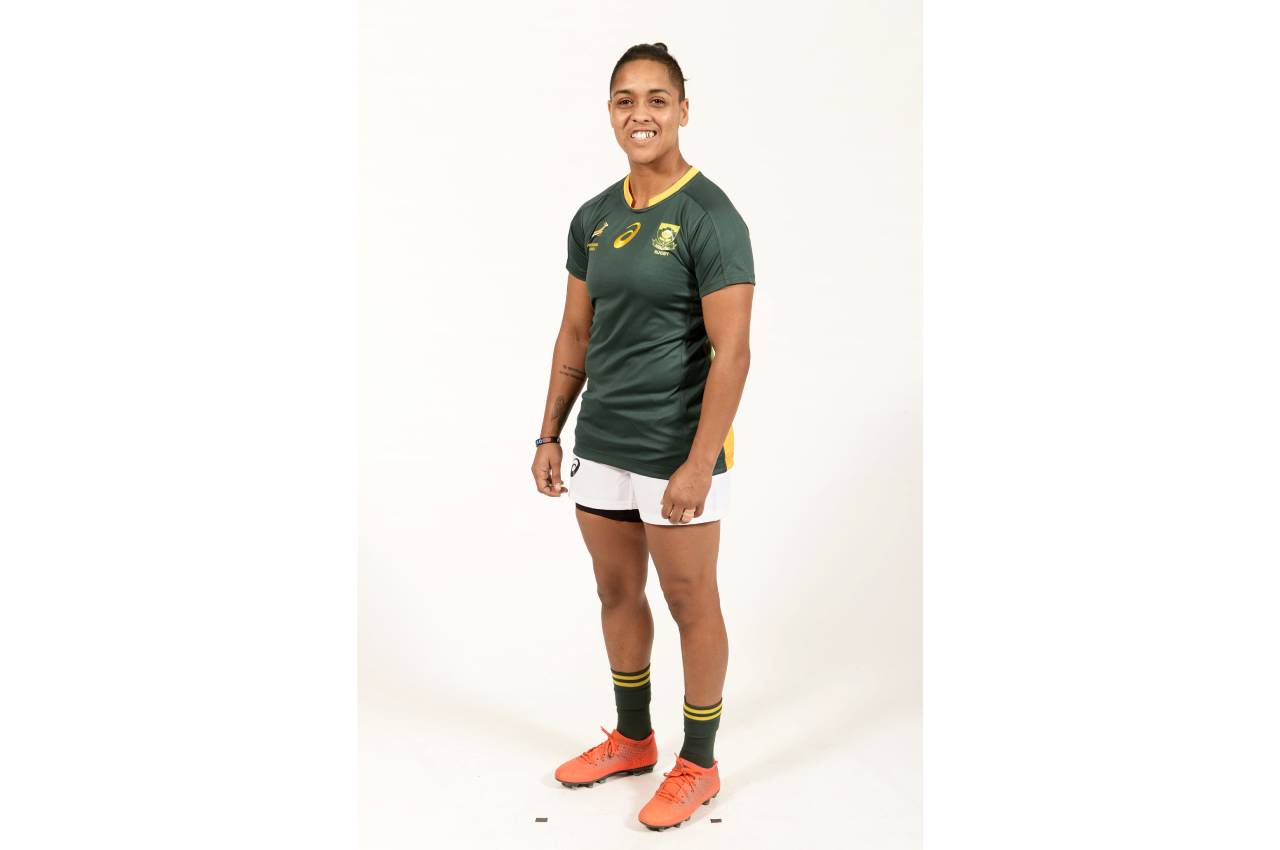 She was among the first group of women’s players who earned contracts as professional players in 2014, and she is still living her dream playing rugby.

“That said, it is still a long way away, so simply knowing that I did my part in helping the team qualify for the tournament would be good enough for me for now.” – Springbok flyhalf, Zenay Jordaan

Jordaan started both matches for the Springbok Women in their Women’s Rugby World Cup Qualifiers in Brakpan, Gauteng, so far, and she hopes to assist the team qualify for the 2021 World Cup in New Zealand when they take to the field in the deciding match against Kenya on Saturday.

“That said, it is still a long way away, so simply knowing that I did my part in helping the team qualify for the tournament would be good enough for me for now.”

Jordaan has cherished every moment of playing at the highest level of the game for so many years and says: “To be honest, I didn’t think I would have such a long rugby career, especially since I started playing at such a young age.

“I didn’t think I would be able to keep up with the pace of the game because it requires a lot to play at this level, and it places a bit of strain on one’s body. But it is fantastic that I am still here doing what I love.”

Of the opportunity to play rugby for a living, she says: “It has been amazing being a professional rugby player. I didn’t really think Women’s rugby would turn professional, but it has in the Sevens code, and being in a system with so many high-performance athletes and seeing what they do and being able to learn from them has been fantastic.”

“There are so many girls who are interested in women’s rugby now.” – Zenay Jordaan

While women’s rugby is still in the development stages in South Africa, Jordaan believes the sport has a bright future. “Women’s rugby has grown significantly in the last few years and there has been a tremendous improvement in the sport in general,” she said.

“There are so many girls who are interested in women’s rugby now and who want to know more about the sport, and SA Rugby has done really well to cover the sport and create awareness around the women’s game and our national teams,” she added.

“This will certainly bode well for the future, and the fact that there are more competitions to participate in and Test matches being played will contribute to this. The more the players get to play the more the teams will improve, so the sport definitely has a bright future.”

Looking forward to Saturday’s match against Kenya at the Bosman Stadium, which will determine which team books their place in the 2021 World Cup, Jordaan said: “We are expecting Kenya to come out guns blazing and to throw everything at us, so we know it will be a tough game.

“But having said that, we would like to focus on our processes and get the result we want. We have prepared well, and it is now up to us to go out there, put everything together and deliver a good performance,” she ended.

Photo 1 Caption: Springboks flyhalf, Zenay Jordaan has had an explosive career since she started playing rugby at the age of 15. To date, she has participated in two Rugby Women’s World Cup’s and three Rugby World Sevens tournaments. Photo: Supplied