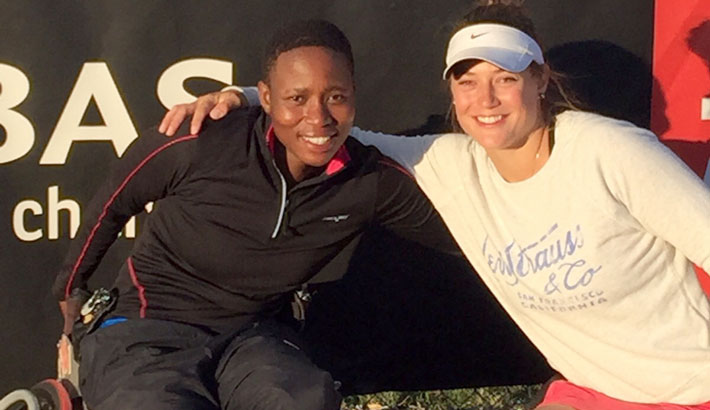 Kgothatso Montjane teamed up with Frenchwoman Emmanuelle Morch to clinch the Toyota Open International de L’ile de Re doubles title against tournament top-seeds, the Dutch pair of Marjolein Buis and Diede De Groot on Saturday, at Ile de Re in France.

Neither of the top two seeded partnerships featured in the final, after the third seeds Montjane and Morch completed a comfortable 6-3 6-0 win over second seeds Michaela Spaanstra and Kaitlyn Verfuerth in the semifinal clash.

The match was suspended after rain had brought an early end to Friday’s fourth day of play when the pair was leading by a set and 3-0, but resumed on Saturday, and the third seeds wasted no time in pulling off an amazing win, taking all three games to wrap up a 6-3 6-0 victory.

However the title decider provided both sets of finalists with a much tougher challenge, before Montjane and Morch eventually sealed a thrilling 6-4 4-6 (10-7) victory over the Dutch pair.

But the top-seeded SA wheelchair tennis star put her disappointment aside, and played a decisive role in the doubles to emerge victorious.

Montjane will now go on to represent South Africa at the Sardinia Open – also an ITF level 1 event at Alghero in Italy, from 22-26 September, 2015.