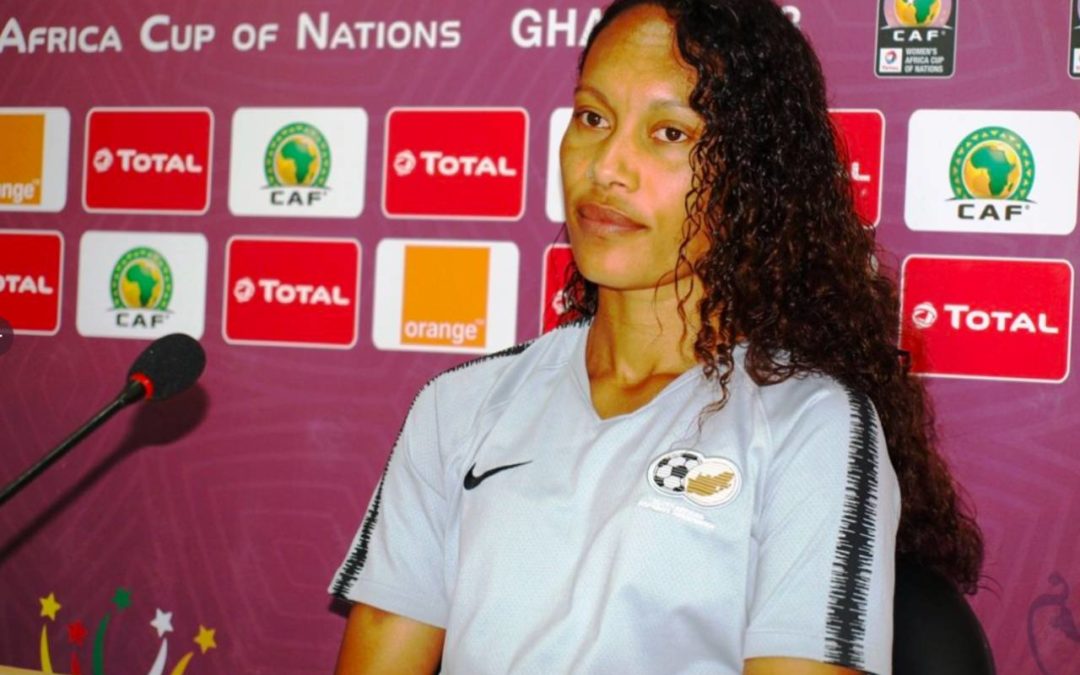 Banyana Banyana players have once again given South Africans something to smile about as senior player, Leandra Smeda, signs for top-flight Portuguese club, Famalicao.

The 31-year-old midfielder joins the team after parting ways with Swedish-outfit, Vittsjö.

Smeda’s career has developed in leaps and bounds since starting out in the game at the age of 10.

During her first year in university, Smeda played for University of Western Cape and in second year, she represented Cape Peninsula University of Technology.

In 2009, while playing in the USSA Club Championships in Maftown, she was spotted by the national team selectors and a year later, she made her Banyana debut.

Smeda then went on to lead the way, earning a professional contract with Lithuanian giants, Gintra Universitetas in 2018.

Last year, she joined Vittsjö and made history with the club after winning a medal for the first time in the club’s existence, finishing the season in third place.

Social media have joined in on the celebrations, wishing Smeda well as she takes on her new challenge.

Congratulations to Jersey number 17 Leandra Smeda , proud of our Girls