The Netherlands struggled against South Africa’s bowlers, and laboured to 73/4 after 89 overs on day three of the one-off four-day women’s cricket test in Rotterdam.
Although the match could end in a draw, after rain on day two denied the teams any play, South Africa’s bowlers will be well pleased with their efforts, after sending down 49 maiden overs.
Allrounder Ashlyn Kilowan was the most miserly, not conceding a single run off her nine overs, and she was supported by Claire Terblanche taking  2/14 (seven of her 14 overs were maidens).
Alicia Smith finished with figures of 1/9 off 13 overs, including 8 maidens, and Shibnam Ismael was the other wicket taker, finishing with 1/7 from 12 overs, with 7 maidens.

Earlier, SA added 73 to their overnight score of 159/5 to post 232 all out in their first innings, with Daleen Terblanche top-scoring with 79, while Kilowan saw out the innings, unbeaten on 29. 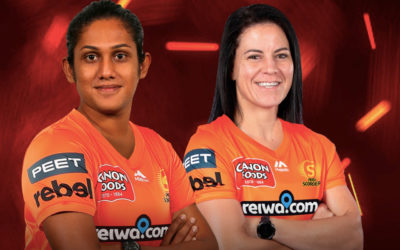