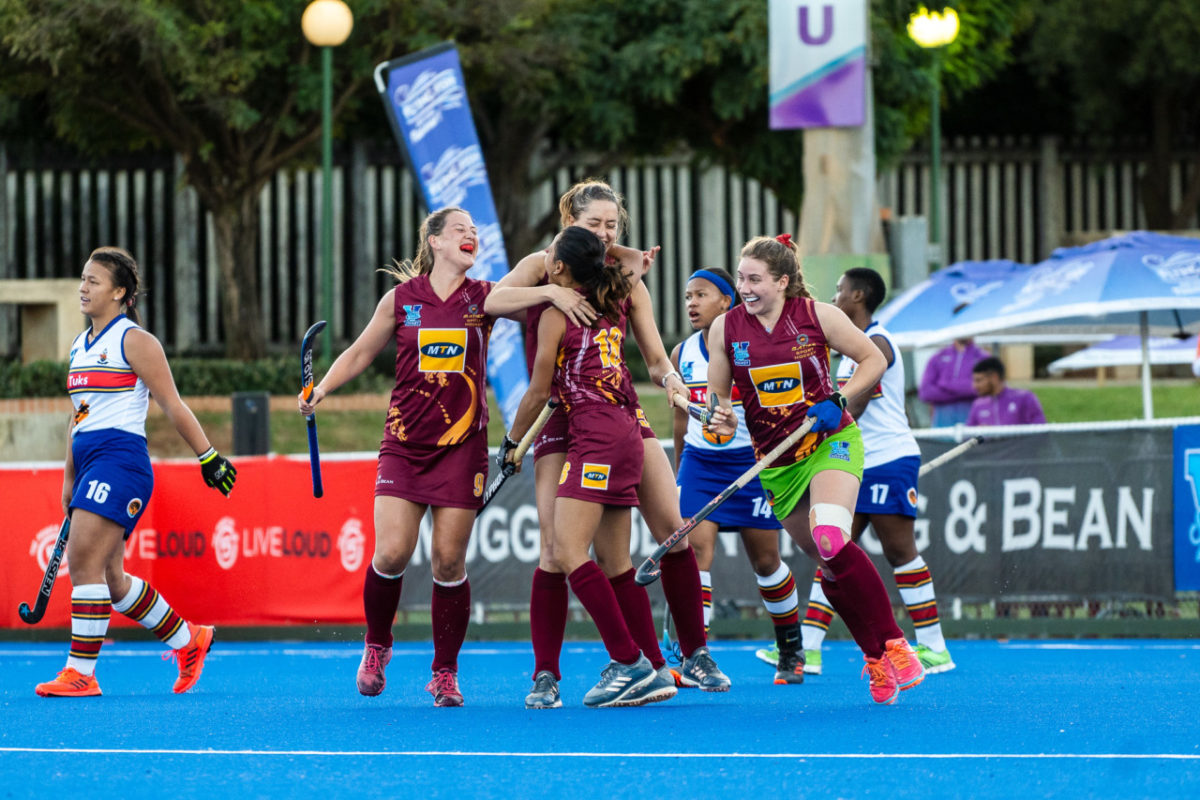 Maties see off Tuks Comeback to Book a Home Final

Maties see off Tuks comeback to book a home final!

It came down to the wire in Potchefstroom when Maties beat Tuks 7-5 in the first semi-final on Monday 13 May.

Maties came out guns blazing when Lee-Ann Louwrens opened the scoring in the first minute of play, after firing the ball into the back of the Tuks net. Louwrens wasn’t done there and proceeded to score again to double the Maties lead to 4-0 and carry the lead until the end of the first quarter.

It was all Maties in the second quarter too, when Ammaarah Hendricks took it upon herself to slice through Tuks and make it 6-0 to Maties with ten minutes left in the half. Maties remained composed to hold onto their comfortable lead as half time approached.

A more rejuvenated Tuks side appeared in the second half, as they refused to step down from the challenge Maties posed. Natalie Esteves finally cracked the Maties defence when she whacked the ball into the goal to get Tuks on the board, but still trailing 6-1 at the end of the third quarter.

Tuks caught their second win in the final quarter when both Onthatile Zulu and Ashleigh Thomas scored spectacular goals for Tuks, to narrow Maties’ lead to only two points with more than ten minutes left to play in the match. Marizen Marais and Natalie Esteves showed sheer determination to come back, taking shots at every chance they got, but the Maties defence stood strong to allow no way through. Although Maties have secured their home final, Tuks can also be commended for the thrilling second half they delivered to Potchefstroom fans, living up to everything #HardHittingAction was set out to be.