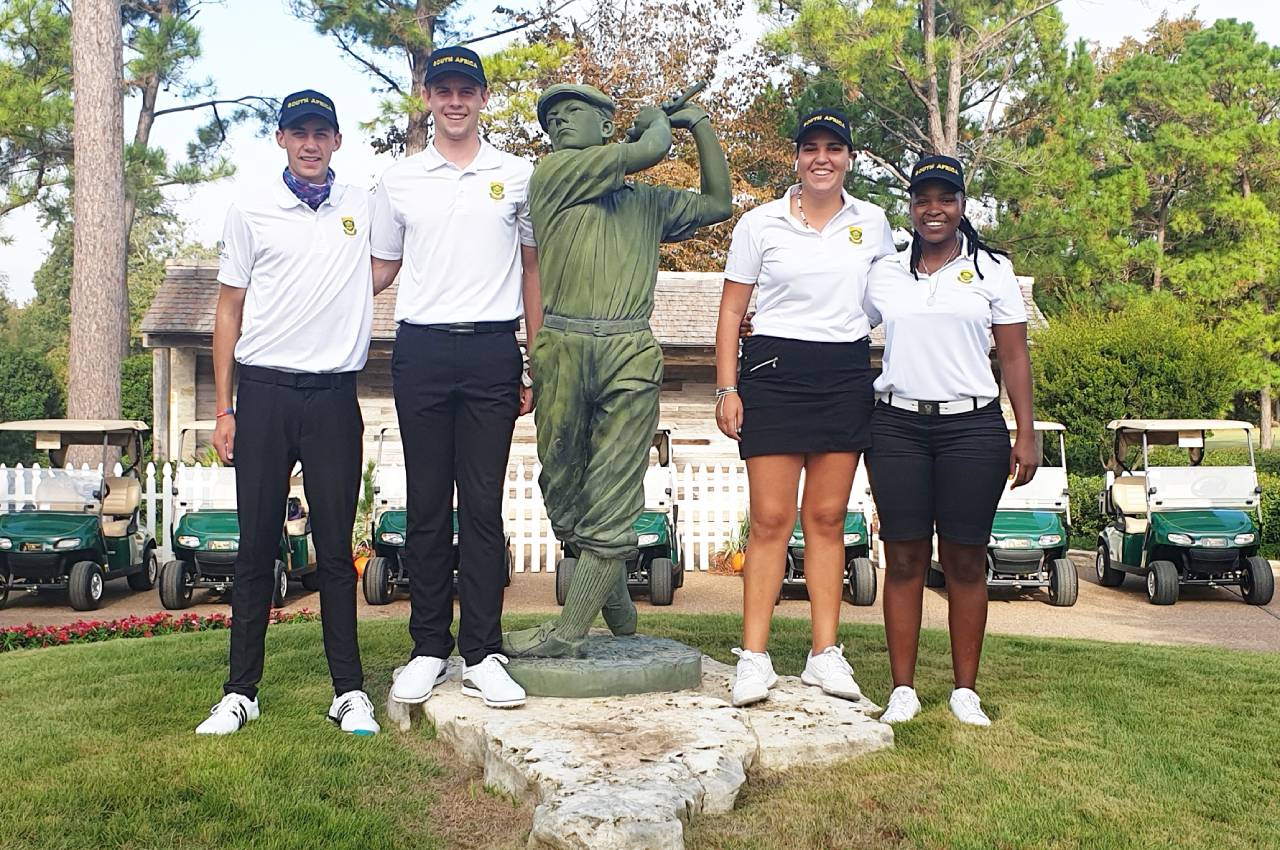 The GolfRSA Proteas combined for five-under-par 139 to tie for 13th in the Combined International Competition of The Spirit International Amateur Golf Championship at Whispering Pines Golf Club in Texas on Thursday, 7 November 2019.

The 19 nations contesting the 54-hole, four-ball stroke-play competition teed off in pouring rain and it was the French who handled the conditions best and shot 16-under to open a two-stroke lead over Korea and New Zealand.

“They caught the Spirit,” said French Captain Patricia Meunier LeBouc. “They were brilliant. The girls didn’t start the way they wanted; they were only 1-under on the front nine. But they kept their spirits up and stayed patient. I think that’s the key in this format.”

In the Women’s Championship, Symone Henriques and Zethu Myeki has some work to do to close the gap on frontrunners Korea.

The GolfRSA Elite Squad duo combined for two-over 74 to tie for 17th and will have to make some birdies to catch up to Ina Yoon and Lee Jeonghyun, who combined for eight-under 64 and edged one shot clear of France, New Zealand and Chinese Taipei.

“It is bound to get tougher with weather conditions predicted to deteriorate, but we will continue to fight.” – South African Golf Association President, Naadir Agherdien.

“I am extremely happy with the boy’s performance in trying weather conditions with intermittent rain throughout the day, but the girls found the going really tough,” said South African Golf Association President Naadir Agherdien.

“The Men’s and Women’s Individual Competition are decided on par-breakers. Symone fired a trio of birdies and tied for 14th in her individual competition, however Zethu failed to break par on any hole today.

“We headed straight to the range after the round to work on what needs to be fixed and the team is confident that they can perform better. It is bound to get tougher with weather conditions predicted to deteriorate, but we will continue to fight with the true South African grit that we are known for.”

Meanwhile Team USA is out of the running for the 2019 Spirit International Amateur overall title after the Women’s Team was disqualified after round one.

Emilia Migliaccio and Kaitlyn Papp signed an incorrect scorecard and was disqualified from the team competition as per the Rules of Golf.

The team recorded a 2 for Migliaccio on the par-3 third hole, but Papp was in fact the player who made the 2 on that hole. No other team score was recorded for the women’s team on the third hole. According to Rule 23.2b, which applies to Four-Ball Stroke Play, the score for the hole must be identified to the correct partner.

“Playing within the Rules is at the core of The Spirit and its competitors,” said U.S. team captain Stacy Lewis said. “While Team USA is certainly disappointed, they understand that the implications. The fact that Emilia and Kaitlyn want to continue to play without being in contention for the championship shows their true spirit, integrity and love of this great game.”