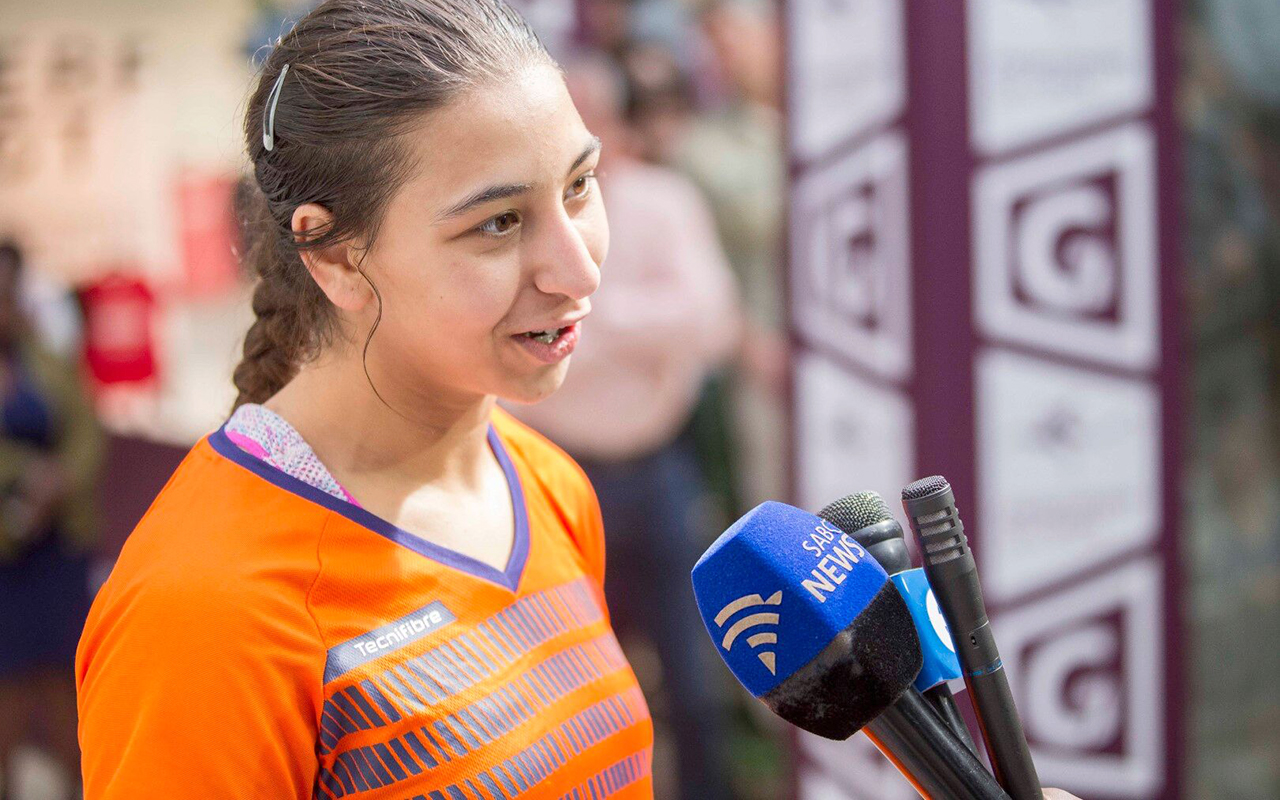 Egyptian fifth seed Farida Mohamed lifted the Growthpoint SA Open Squash Championship title, when she beat compatriot Menna Nasser in three sets to take the title on the All Glass Court, at the Brooklyn Mall in Pretoria on Saturday 11 August, 2018.

The women’s final saw both Menna Nasser, the fourth seed, and Mohamed start off tentatively.

Nasser playing safe squash led 6-3 and 7-5 before the more adventurous Mohamed started attacking the ball, forcing Nasser into errors, levelled at 7-all and winning the game 11-7.

In the second game Nasser again got off to a strong start, leading 7-1.

A number of lets ensued together with some questioning of the referee’s decisions by the 16 year-old Mohamed. Mohamed won the next 3 points to trail 4-7.

With both players not clearing the ball, the scoreline stuttered to 9-7 in Nasser’s favour, when she slipped and had to leave the court with a self-inflicted injury, as well as bleeding.

After her return to the court, Nasser held game point at 10-8, but again it was the more determined 16 year-old who pocketed the game 12-10.

The third game was one-way traffic as Mohamed, a losing semi-finalist in the recent WSF Junior Women’s Individual Championships, stamped her supremacy on the match, making good use of attacking drives and volleys intermixed with slower controlled accurately placed cross courts enabling her to stroll through 11-4 in 5 minutes to capture the title.

It was an appropriate finish to a successful Growthpoint SA Open Squash Championship, played on the all-glass court which had been in storage for 15 years, and which provides an ideal means of promoting and exposing squash to the public.

Final Results of the Growthpoint SA Open Squash Championships, at the Brooklyn Mall in Pretoria, on Saturday 11 August, 2018:

Photo 2 caption: After narrowly losing the first match, Menna Nasser made a big comeback in the second match when she opened up a 7-1 lead, but a resurgent Mohamed added to a slip that required medical attention, saw her concede the second match. Photo: Stefan Stander

Photo 3 caption: Mohamed made good use of attacking drives and volleys intermixed with accurately placed cross courts shots to take a commanding lead in the third match, enabling her to stroll through 11-4 in 5 minutes, to capture the title. Photo: Stefan Stander