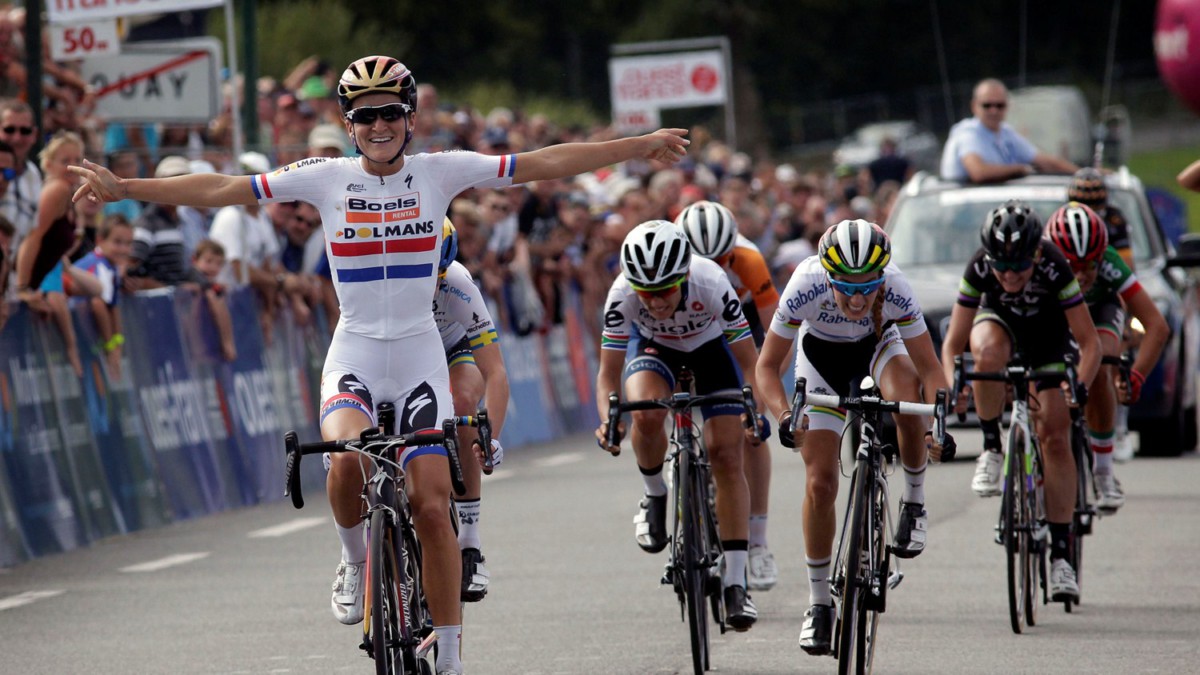 According to Cycling South Africa’s Women’s Commission Director, Lise Olivier, and countless fans that witnessed the race unfold; the World Cup race in Plouay was arguably one of the finest displays of competitive women’s cycling.

“Every rider who is targeting the World Championship title at the end of September is in top form and it showed on Saturday,” said Olivier. “If you did not tune in to the live streaming you definitely missed out.”

Over and above Moolman-Pasio’s achievement, Cycling SA’s national women’s team were also in participation with Cherise Stander, An-Li Kachelhoffer and Heidi Dalton displaying their pedigree amongst some of the greatest names in women’s cycling.

“Overall it was a great experience for the them,” said Olivier. “We were very realistic going into the race. I was impressed with Cherise; although she is super fit she has no racing intensity in her legs. To walk into a World Cup and be able to be in the front of the bunch just shows her natural talent and ability.

“The racing was hard from the gun and not having raced in Europe caught up with her at about 35km to go. An-Li and Heidi, who have been racing in Europe for the past few weeks, showed what a difference that makes and also had a strong showing.

“Both Cherise and An-Li finished in a group that contained past Giro winners, a leader of the World Cup Series and other really big names. Entering a team into a World Cup as their first race was always going to be tough but these are the kinds of races we dream about doing. We are hoping that it inspires youngsters to take the sport further due to the great opportunities available to race at the top level.”

The women’s team will now concentrate on the two upcoming UCI 2.2 tours, where Candice Neethling, Charlene du Preez and Carla Oberholzer will join Stander and Kachelhoffer while Dalton returns to South Africa to compete with the national team at the African Games in Congo.

“Kevin Campbell from Team MTN-Qhubeka is doing a great job guiding this team together with team captain Cherise Stander, and big congratulations to Ashleigh on her fourth place. I think it meant a lot for the national women’s team to see what great heights can be achieved with commitment and perseverance.”

The Women’s European Racing Programme will encompass events such as Tour Cycliste Féminin International de l’ArArche (UCI 2.2 stage race in France from 2-7.09.2015) and Premondiale Giro Toscana Int. Femminile – Memorial Michela Fanini (UCI 2.2 stage race in Italy from 11-13.09.2015). The programme will provide some of South Africa’s top women cyclists a chance to compete against international riders in selected European races in order to accumulate valuable UCI points so that South Africa can qualify more women riders for the road race at the 2016 Olympic Games in Rio.