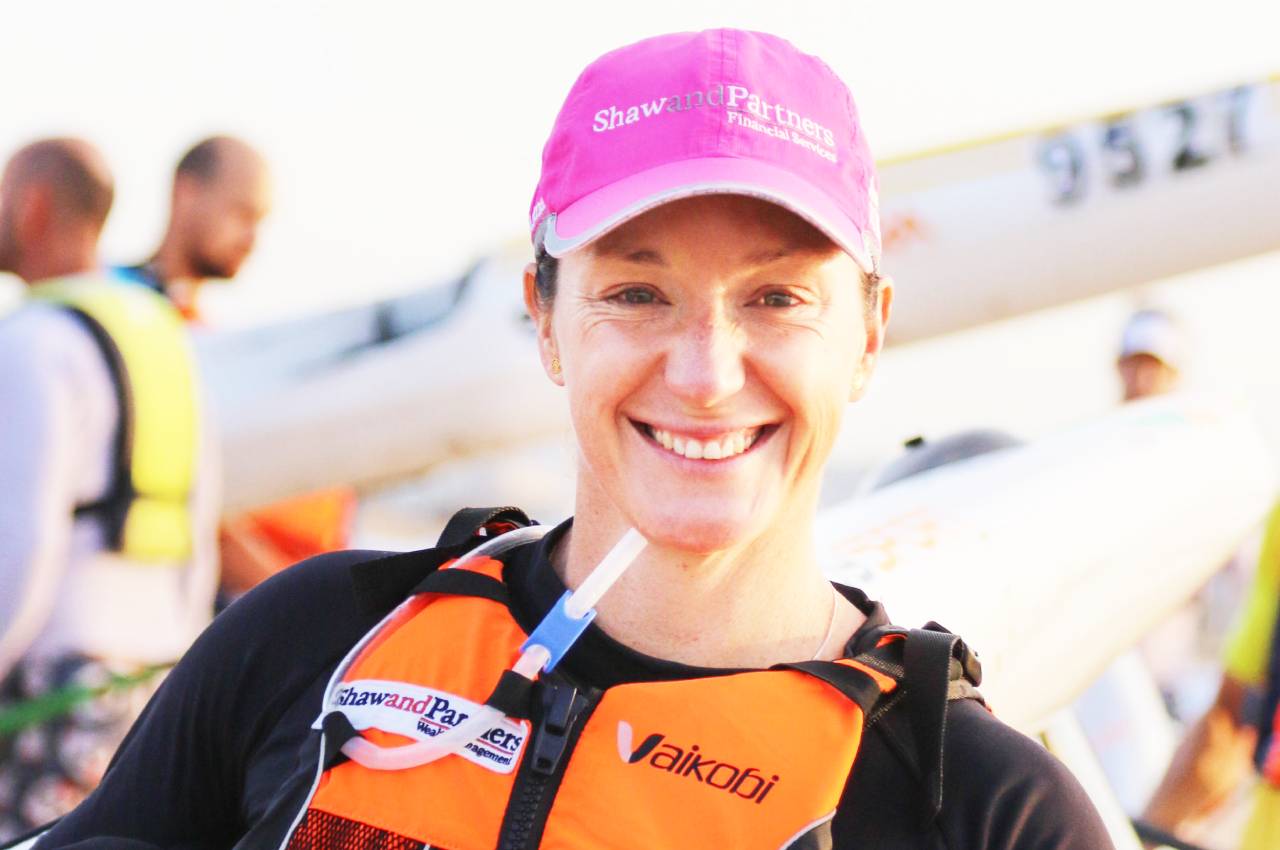 With just three weeks to go to the Surfski World Championships the first day of the Gara Dolphin Coast Challenge saw Euro Steel athlete, Hayley Nixon came out in pole position after a rough start.

Starting at Pirates SLC in Durban the field of elite single ski paddlers had some big surf and then mild windless deep ocean conditions to deal with until they got to the stage finish at Umdloti where a huge backline decimated much of the field.

In the highly competitive women’s race, reigning world champion Hayley Nixon got off to the worst possible start as she was smashed by a wave while paddling out at Pirates.

“It was just bad luck I guess,” she said.

“Five metres to my left and to my right there was no real wave but I got smoked and had a long swim with my ski.

“Luckily Brendon Delport also took as swim so we got going again right at the back and worked together to try and catch up,” the Carbonology/Euro Steel athlete added.

She caught up to Michelle Burn and Nikki Birkett about a third of the way into the 19km stage, after which Burn decided to opt for a deeper line looking for bigger runs.

“It felt that today was as tough as the world champs is going to be.” – Euro Steel athlete, Hayley Nixon.

Nixon got ahead of Birkett, but had no idea where Burn was until she negotiated the big surf at Umdloti at the end of the stage.

“I made it through the big backline OK but took a little swim in the shore break and had to run up the beach, which is when I saw Michelle surfing a wave into the beach just behind me,” said Nixon.

She added that she was pleased with her form at this key stage in her preparation for the world champs as she was coming off a very intensive week’s training.

“What is so great about racing in Durban is that the field is so strong and it felt that today was as tough as the world champs is going to be,” she said.

Photo 1 Caption: Hayley Nixon bounced back from a swim at the start in Durban to win the first stage of the Gara Dolphin Coast Challenge on Saturday, 17 August, 2019. Photo: Lynne Hauptfleisch/Gameplan Media