There is no doubt that Investec South Africa women’s hockey team head coach Giles Bonnet will be looking for a marked improvement when the second of the five-Test Investec International Series against Spain takes place at 7 pm Tuesday, at Randburg Hockey Stadium.

World number-12 South Africa missed a hatful of chances against the Spaniards in the 1-1 draw on Sunday, and their cause won’t be helped by the unavailability of debutant goalscorer Lauren Penny, who scored the equaliser four minutes from time.

Penny could not get leave from her job in England for Tuesday and Thursday’s second and third Tests, which both take place at 7 pm at Randburg, and flew back to London straight after her memorable debut match.

However, the England-based striker will be back for this Saturday and Sunday’s fourth and fifth Tests against world number 11 Spain, which both start at 2 pm at Randburg.

While Bonnet was pleased with Penny’s goal and the way she successfully negotiated her first Test match, he was not impressed with the overall performance of the team.

“There were too many turnovers, too many mistakes and you can’t expect to win matches on that basis,” said the Amsterdam-based Bonnet. 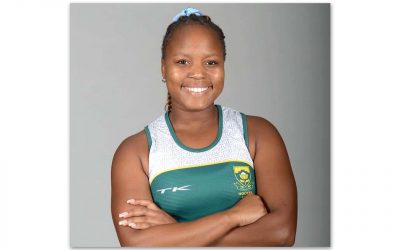