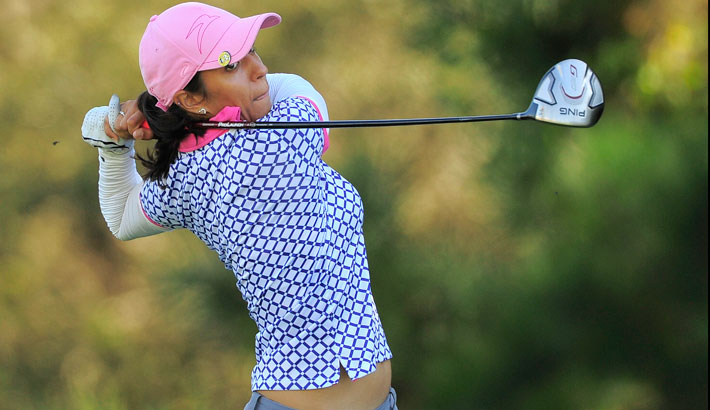 However, two-time European Ladies Tour winner Simon had to fight hard in the second round to scrape through on the number and shares the bus at two over 146 with 18 other players.

Reto signed for a two under 70 in a nearly flawless opening round at the Monroe Golf Club, and negated two bogeys in the second round with a string of three birdies from the 12th to finish with a 71.

Simon dropped three shots against a lone birdie for a first round 74, but the 23-year-old rallied superbly in the second round to cancel four bogeys with four birdies for a 72.

Coming off a top 12 finish at the Meier LPGA Classic in Michigan, Pace was well placed after an opening 72, but a disastrous 78 derailed her campaign in Pittsford.

Although the Pearl Valley golfer birdied the third, she was unable to reverse the destruction of back-to-back bogeys at the sixth and seventh, more drops at the 10th, 15th and 18th and a double bogey at the par-three 13th.

The two remaining South Africans could both benefit from a solid finish at the weekend.

Simon, who is ranked 95th in the Race to CME Globe, will aim to make the most of next two rounds, having missed the cut at the US Women’s Open and the Ricoh British Women’s Open.

Reto, meanwhile, just recently broke into the top 130 in the Race to CME Globe after missing the cut in 10 of her 14 starts.