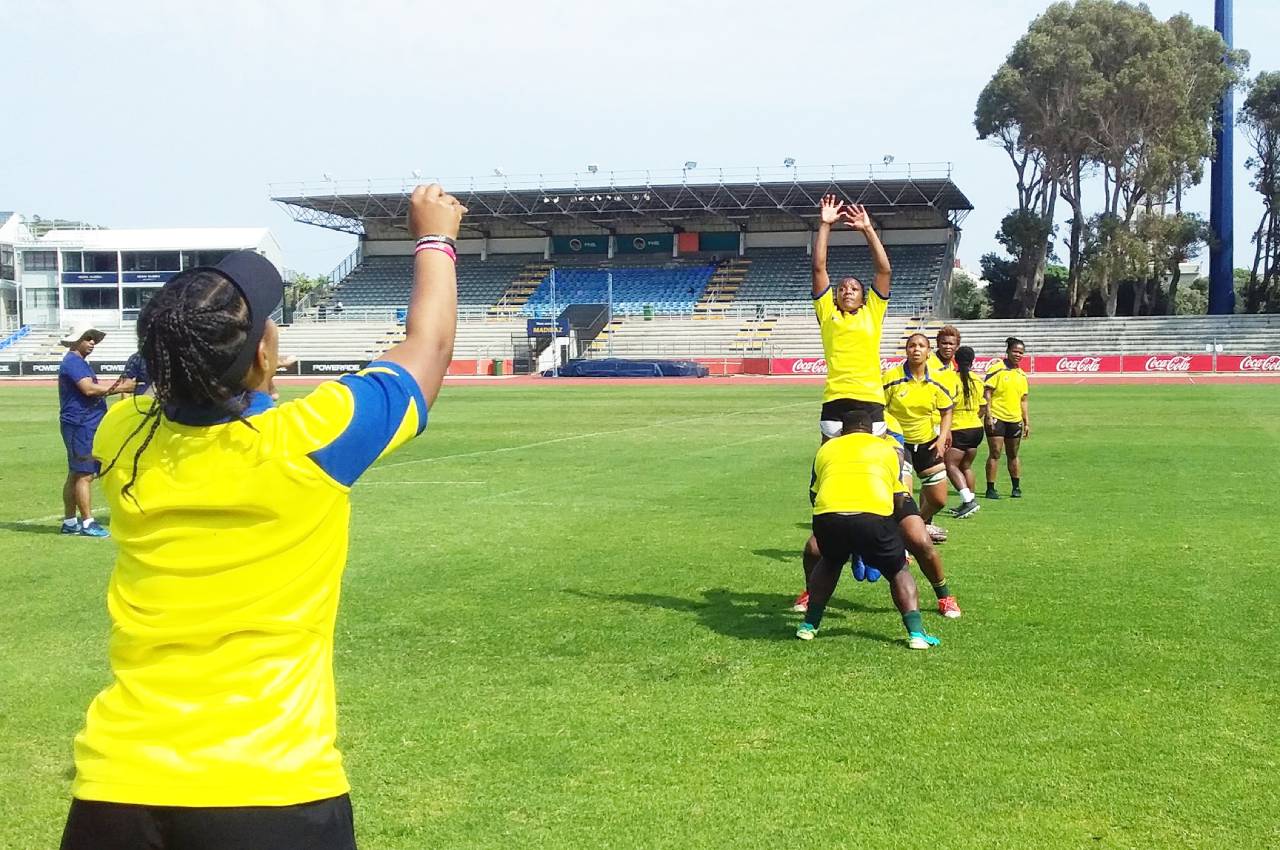 Springbok Women’s coach Stanley Raubenheimer and assistant coach Lungisa Kama shared the players’ excitement ahead of Saturday’s match between the SA Select Women and the Spain Invitational XV in Despatch and said they were looking forward to seeing the young team in action.

The team will be coached by Kama and fellow Springbok Women’s assistant coach, Eddie Myners.

An expanded squad consisting of Springbok Women’s and SA Select players gathered in Port Elizabeth on Sunday to begin their preparations for Saturday’s match and the Bok Women’s Test against Spain on Saturday, 21 September. Both these matches will both be hosted at the WJ de Wet Stadium in Despatch.

“We had our first training session on Monday and the conditioning aspect was quite challenging for some of the new players, as they are not used to training at this intensity,” said Raubenheimer.

“But it is important that we expose them to what is expected at this level, so they know what they have to work towards. That said, it has been pleasing to see them bite the bullet and push through, and it is a good start for them.

“This is a fantastic opportunity for the young players to stake a claim for places in the Test team in future, and I am really excited to see what they have to offer.”

Kama was also pleased with the progress the players were making in camp and said: “Our training is going well and the vibe in the squad is good. Some of the women are here for the first time and they are excited to be part of the group, so I have no doubt they will use this opportunity to grow as players and learn as much as possible.”

With only a week to prepare the squad, Kama said the focus in the next few days will be on the structures and sharpening up on the players’ basic skills.

“We have limited time to prepare the squad so the keys for us this week are to fine-tune the basic skills and ensure that we can implement that effectively on the field. Our game plan in general will be quite simple, as we would like to get the best out of these skillful youngsters,” he said.

Kama said there were two objectives for the team going into Saturday’s friendly.

“One of the main goals with the selection of this team was to have an opportunity to work with the younger players and see who has the potential to play at a higher level,” said Kama.

“But we would also like to win the match and prove that although this is a SA Select team, we have good talent coming through.

“Having played against Spain in the UK last year we have an idea of what to expect from their Invitational XV going into the game, but the key for us will be to implement our structures well and hopefully we will get the desired results. This match is a great opportunity for us to see what we have in the basket in terms of the talent on offer in SA,” he ended.

Myners and Kama will name their match-day squad for the clash on Friday.

Photo 1 Caption: The Springbok Women and SA Select in action during training on Tuesday, 10 September, 2019, in Port Elizabeth. Photo: @WomenBoks on Twitter 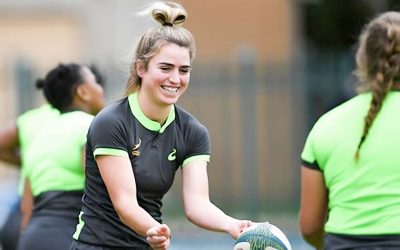 World Cup plans on track as Coach ensures that every player will get a run wearing the Green and Gold in the European Friendlies Tour, as the Springbok Women prepare for England U20s in London on Sunday
#GoGirls