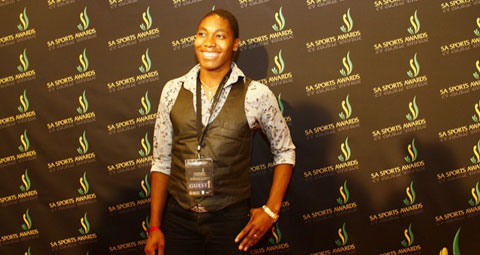 South Africa’s Olympic and Paralympic athletes feature prominently in the list of SA Sports Awards nominees announced at a glitzy ceremony at the Lyric Theatre in Gold Reef City on Thursday night.

Du Toit will be up against South Africa’s number one wheelchair tennis star Kgothatso Montana, and fellow Paralympic stars, Ilse Hayes, Zandile Nhlapo and Ilse Hayes (Carstens) for Sportswoman of the Year with Disability.

Both du Toit and Semenya are also nominated in the Sports Star of the Year category, which sees the public vote for their favourite star.

Winners will be announced at the 2012 SA Sports Awards gala dinner on 4 November 2012 t the Sandton Convention Centre in Johannesburg.