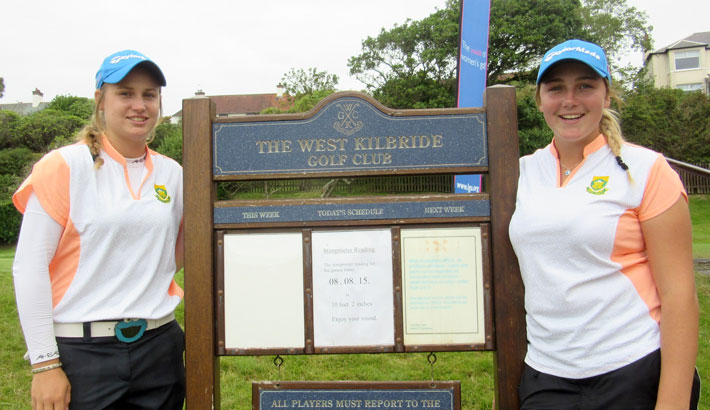 The reigning Sanlam SA Women’s Amateur Stroke Play champion was seeded 36th for the match play stage after a tie for 30th in the 36-hole stroke play qualifier.

Samu met Bethan Morris from Wales in the first round and dispatched the 28th seed a 5&4 at the 14th hole. Having crossed the first hurdle, Samu handed Sweden’s Sofia Lundell 4&3 drubbing to reach the third round of the prestigious world ranking event.

The 16-year-old Ruimsig junior, who holds the number one senior and junior ranking in South Africa, will face Mathilda Fredenborg from Denmark in the top 16.

The 45th seed defeated 20th seed Aline Krauter from Germany 4&2 in the first round and beat French junior Charlotte Lafourcade, seeded 52nd, in the second round.

Compatriot Kaleigh Telfer tied for fourth in the qualifier and was seeded fifth for the match play championship.

The 17-year-old Bryanston golfer eliminated 60th seed Cloe Frankish from England 2&1 to reach the second round, where she faced off against 28th seed Sandra Nordaas from Norway.

The Norwegian took a 1-up lead at the eighth hole and was 2-up through 10 holes, but Telfer rallied to cut the deficit to one stroke through 14 and forced the match into extra holes.

Nordaas sunk a 15-foot putt at the 20th hole to wrench the match from Telfer.

“It really has been a spectacular week for Ivanna and Kaleigh in Scotland,” said Womens Golf South Africa president Karen Olivant.

“Not only did they both become the first qualifiers since 2010, but as a team, they finished seven shots off the pace in fifth position out of 12 countries in the Team Competition.

“Ivanna is also the first South African junior to reach the third round of this high-status championship in the last 10 years. They have been incredible ambassadors in Sweden and Scotland, and we are infinitely proud of their individual achievements.”