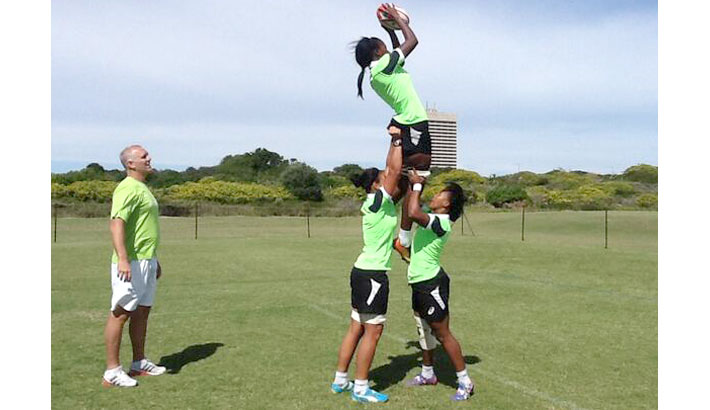 The SA Select Women’s team on Wednesday fine-tuned their skills and techniques under the guidance of SARU Mobi-Unit members Pieter de Villiers and Chean Roux, as the team prepares for the Hong Kong Invitational next week.

De Villiers and Roux assisted SA Select Women’s Sevens, coach Renfred Dazel, at their mid-morning training session at the Nelson Mandela Metropolitan University in Port Elizabeth where the focus was placed on technique in the scrums and lineouts, while Dazel worked on skills training with the backs.

The team will depart for Hong Kong next Wednesday, with the tournament being hosted at the Hong Kong Football Stadium on March 28. South Africa will face Papua New Guinea and Brazil in the round robin stages.

Dazel welcomed De Villiers and Roux’s contributions at training and said it would set the team in good stead as they look to make their presence felt early in the international season.

“The women have been training hard since January and they did well last month to implement the structures we have been working on under pressure in the hit-outs against Border and Eastern Province,” said Dazel.

“There were, however, areas of our game I felt we needed to improve before the Hong Kong event, and it is fantastic to have specialist coaches such as Pieter and Chean assist in those areas.

“Their attention to detail and emphasis on using the correct techniques will certainly benefit the players in what is a very important season for us,” said Dazel.

“One of our main objectives in the next two seasons is to qualify for the 2016 Rio Olympic Games, so it is vital that we perform well in all our competitions this season to build our confidence for the qualifying rounds next season,” he added.

SA Select captain Zenay Jordaan also spoke highly of the Mobi-Unit’s input and said: “It is fantastic for the women to have the opportunity to work with coaches of the calibre of Pieter, Chean and Louis to add to coach Renfred Dazel’s expertise and experience.

“This certainly raises the level of women’s rugby and reiterates the message that we are elite athletes. These sessions have motivated us even more to start the season on a high,” said Jordaan.

The Hong Kong series marks South Africa’s first international tournament of the year. This will be followed by an African tournament in Kenya from 6-13 April, and the IRB Women’s World Series leg in Amsterdam on 16 and 17 May.

The players will then all be eligible for selection for the 15-a-side IRB Women’s Rugby World Cup, in France from 1 to 17 August.

Photo caption: The SA Select team fine-tune their skills and techniques under the guidance of SARU Mobi-Unit members Pieter de Villiers and Chean Roux (pictured), as the team prepares for the Hong Kong Invitational next week. Photo: Springbok Women on Twitter 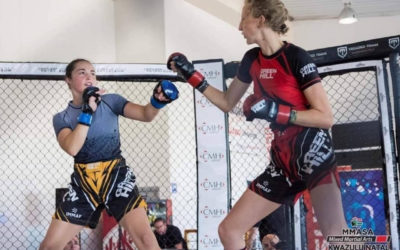 18-year-old Mixed Martial Arts star, Leigh Jordaan, wants things to improve for her and fellow women athletes. The Brakpan native, who has been competing in the world of MMA for two years, has...