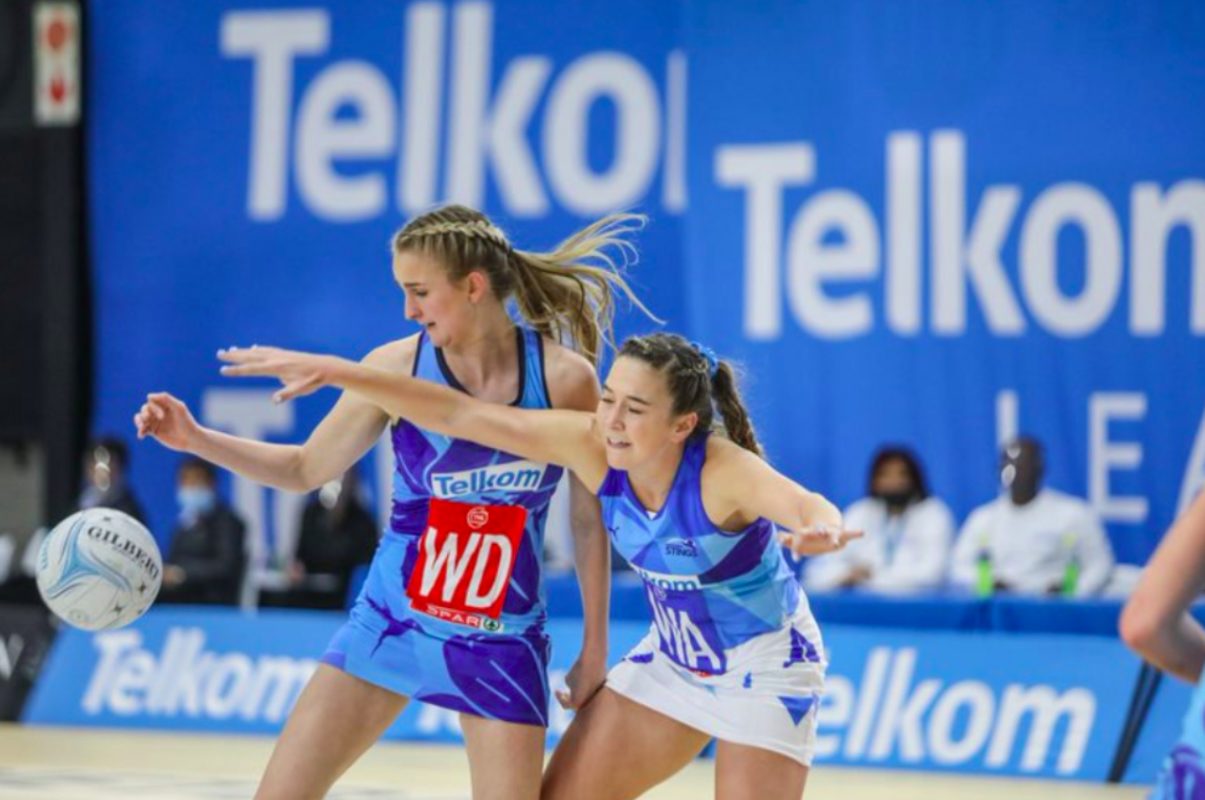 The Free State Crinums had a bad day at the office after suffering a 35-45 defeat against the Southern Stings on Wednesday, 8 September 2021.

The Crinums started off well, leading 11-9 in the first quarter but the tables turned from the second quarter. Stings shooter and player of the match, Nichole Taljaard wrapped up the first half with a ninety percent shooting average which also saw the Stings extend their lead by fourteen goals in the third quarter. This was the Crinums first loss in the tournament having won their first two matches.

Stings coach, Annelie Lucas says she did her homework, “The consistency the players gave me definitely made a difference. They stuck to the game plan, which is something that we struggled with, and we tried to tire them out, which worked. I also watched the other coaches’ teams during the varsity cup and made a few adjustments to my game plan.”

Crinums coach, Burta de Kock also shared her thoughts, “From the beginning, it was tough. It was hot water. The players were not consistent, we know they can do it but the moment something went wrong, we couldn’t capitalize.”

A ninety-one-goal thriller went in favour of the Limpopo Baobabs who emerged victorious after a 47-44 win against the Mpumalanga Sunbirds. The Sunbirds were leading 13-10 in the first quarter, but a stout-hearted Baobabs side bounced back to level the score at half-time. The Mpumalanga side capitalized on their turnovers to lead the third quarter 35-33 but the Baobabs unleashed their vigor to win the game in the last minute. Baobabs Goal Attack, Ras Zanneke who was the player of the match, was instrumental in cementing the win for her team by scoring the last three goals.

Baobabs coach, Anna Ledwaba praised her side for their admirable performance, “When we discuss our game plan, I always tell my players to fight until the end. As a soldier, you can’t lose hope. So, I told them that even if the other team has more points than us, they can’t lose hope but keep on fighting until they get the results and they did just that today.”

Sunbirds coach, Thembisile Ngwenya was disenchanted, “I’ m very disappointed today because I thought we had it, but we lost focus at the end of the game and that caused us to lose the game.”

Another dramatic encounter saw the Northern Cape Diamonds beat the Kingdom Queens 45-43 to break their winless streak. Both teams won two quarters apiece, but it was Karien Opperman’s side who made a strong come back in the dying minutes of the game to secure a win.

The Kingdom Stars won their first game in the competition 46-38 against the Golden Fireballs. Stars’ defense flustered the Fireballs attack by stealing those balls and nineteen-year-old, Owethu Ngubane sealed those opportunities by converting their chances. The Fireballs attempted to make a comeback in the third quarter by closing the gap to six goals, but the KZN side was just too vehement. Ngubane earned herself the player of the match accolade after an awe-inspiring performance.

Stars coach, Marguerite Rootman couldn’t hold back her tears, “It is an extremely proud moment for me, it has really been a bumpy ride until now because it was difficult to find the combinations but to see them coming together as a team today and to see a youngster like Owethu coming through the way that she did. She Is currently in school and has to go back now to right an exam, I don’t know how she is going to write that exam, but I am elated.”

The Gauteng Jaguars were up against the North West Flames. It was a fourth consecutive victory for the Jaguars after beating the Flames 57-29.

Jaguars coach, Jenny van Dyk rested her shooter, Alice Kennon as well as defender, Jamie van Wyk for this game ahead of their crucial encounter against the Crinums on Friday. The Flames’ conversion rate was below par as they were unable to hold on to the ball and make their turnovers count which is an area of concern for coach, Lizelle Erasmus, “Silly mistakes are costing us. We work so hard to turnaround the ball, but we are unable to look after it. The young bunch is trying so if we can get more clinical and have more patience because they want to pace themselves against the other team, that will cut out the silly mistakes.”

Meanwhile, the Tornados were able to redeem themselves today against the Eastern Cape Comets following their 45-23 win. Danlee Matthews’ team took a 5-0 lead in the first four minutes of the game and were solid throughout the match and dominated the Comets attacking side.

Comets Goalkeeper and captain, Juanita van Tonder put her heart and soul into this game, stealing those intercepts in the Tornados shooting circle but was not rewarded for her efforts upfront. The Comets started their campaign on a positive note after winning their first game but have now gone on to lose two successive games.

Photo 1 Caption: The Free State Crinums had a bad day at the office after suffering a 35-45 defeat against the Southern Stings on Wednesday, 8 September 2021. Photo: Netball SA (Twitter)