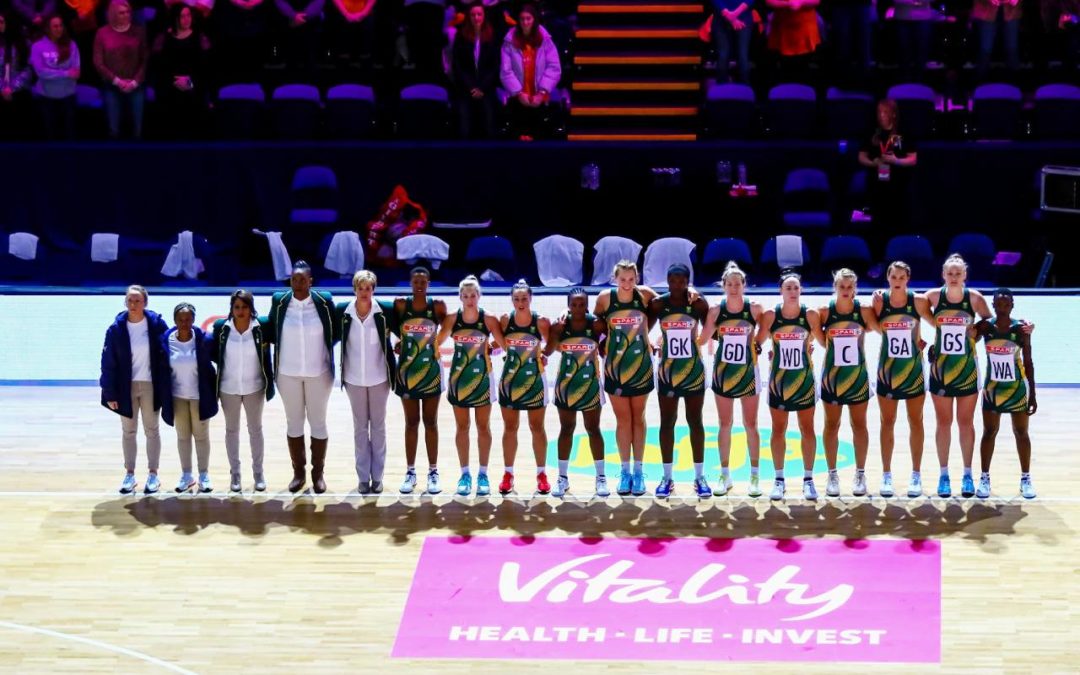 The SPAR Proteas team pushed World Champions New Zealand all the way, unfortunately, losing 48-41 in the end on Saturday, 25 January 2020.

Coming into the second match of the Vitality Nations Cup, the SPAR Proteas fell short in their first match against Jamaica as the final score sat at 59-54.

The Dorette Badenhorst-led side were eager from the start of their encounter as they made their intentions clear when Lefebre Rademan made the first score of the match.

By the end of a competitive first quarter, New Zealand led 14-11.

The South Africans made changes to the team at the start of the second quarter, looking to change to the score-line and take the lead.

The match turned into a goal-for-goal fest, but the South Africans still found themselves trailing as at the half-time break, the New Zealand led 27-20.

In the third quarter, the ladies from Mzansi found momentum and started to crawl back into the match and levelled the score at 31 goals a-piece. Despite an impressive show, the team trailed by three goals by the end of the quarter.

With all to play for in the final quarter, bodies were put on the line as South Africa showed their eagerness to narrow the gap. However, after a close encounter, New Zealand won the game 48-41.